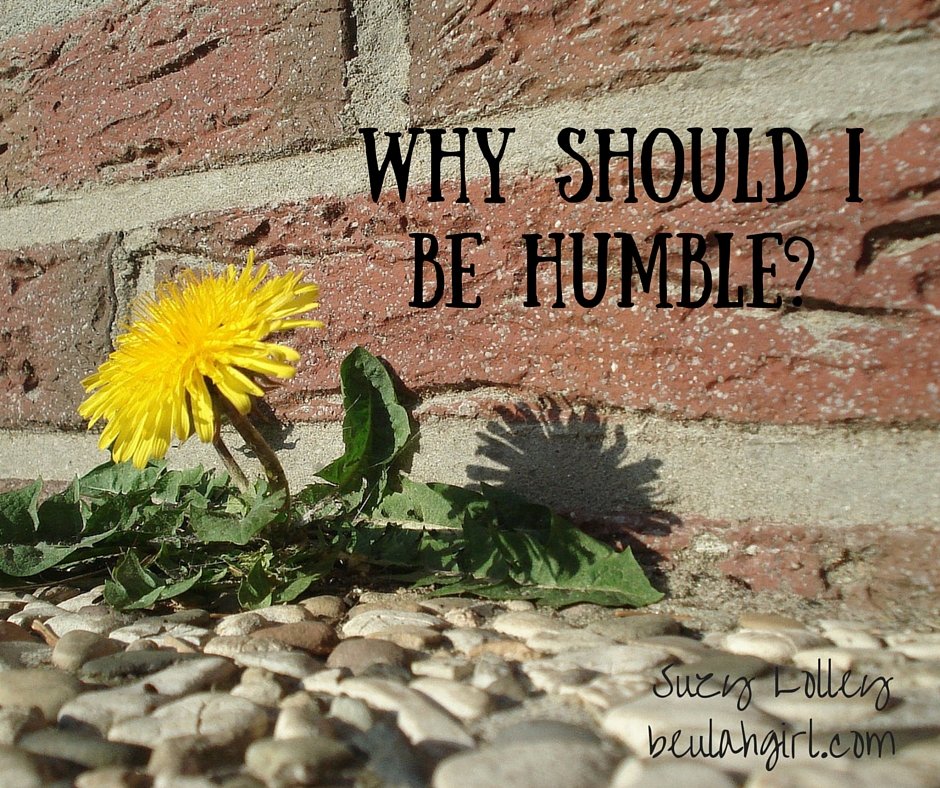 Can you imagine reading that in a blog post somewhere? Well, maybe, but what if the post were written by Suzy herself, as this one is? It wouldn’t seem very humble then. According to the Oxford Dictionaries, my understanding of humility can either be qualified as a person taking a low opinion of himself or having limited resources.

So you might be surprised to learn that in Numbers 12:3, which was written by Moses, it reads, “Now Moses was a very humble man, more humble than anyone else on the face of the earth.” Again, it’s funny to read of someone who calls himself humble, especially because at certain intervals of his life, Moses didn’t seem to fit either definition that old Mr. Oxford presents for the term. He had all of God’s resources at his disposal, and he had been reared in a king’s palace, certainly not a circumstance which would warrant lowliness of self-opinion.

You know what’s even funnier, except not the ha-ha kind of funny? It’s the fact that we are losing our reward sometimes by becoming pharisaical and doing our good deeds for others to see, thus losing our humility. Or by showcasing our talents in a way that detracts from the glory of God.

Although I was disappointed with its follow-up novel, To Kill a Mockingbird will always been one of my favorite books, and it’s because of the character Atticus Finch. I can quote whole parts of the book from having taught it so many times; and this line, spoken by Miss Maudie of Atticus to his children, always stood out to me: “People in their right minds never take pride in their talents.”

Here, Miss Maudie was explaining why Atticus didn’t call attention to his shooting ability. Whether Moses was the one calling himself humble, or whether it’s that literary character whose children tried to bring undue attention to their father, humility will be a struggle when we see anything we have or are as coming from within.

Whatever we have, God has given it to us. Whoever we are is being conformed to the image of God as we allow him to do it. You will hear people say, “If you’ve got it, flaunt it.” They use that to justify everything from wearing revealing clothing to being a braggart. However, as is the way in Jesus’ upside-down kingdom, we find that He urges His followers to use discretion, secrecy, and humility as we do good, reminding us that all of our good comes from Him.

So why be humble? When we post the latest, greatest Instagram photos of ourselves, aren’t we just appreciating God’s creation? When we share our good deeds on Facebook, aren’t we just encouraging others? Your motive is between you and God, but if you find yourself questioning your intentions, keep these truths in mind:

1. Bragging may bring attention to the Christian, but it deflects that attention from God.

There are so many great churches in America, so this is not intended to be a knock on any of them; however, if we use advertising about our great band and our great preacher to get people in the door, will they stay when the church loses those things and there’s only Jesus? Bands and preachers aren’t bad, but I think we often miss the crux of what church is about. It’s about Jesus, not the cool stuff. Not the hipster people. Not the killer “worship.” Let’s humbly draw people to an altar where they can meet the Savior who happened to also call himself “gentle and humble in heart.”

I will admit that I have been the talked-too-much-about-myself friend. (Maybe I should change my past tense verb there to present … ) Anyway, although we are all annoyed by the friend who turns every one of our stories into a conversation about herself, admit it; we sometimes do it as well. In the name of Jesus, we ruin our chances of storing up treasure in Heaven by telling all the good things we’ve done. It’s almost like we’re high on the approval of others instead of trying to glorify the Most High. Expand your influence not by using the world’s method of selling ourselves but by drawing others through our low-key humility.

3. There are too many people in the world who need us to focus on them instead of ourselves.

I am convinced that focusing on others is a pretty good cure for what ails ‘ya. Now, I don’t mean that we run ourselves in the ground due to self-neglect, but if we look at most American lives, that’s really not what’s going on. We may be tired, but it’s because we’ve been focusing on our work, our friends, our family, and our good deeds. Humility urges us to serve “the least of these” and to perform kindnesses in such a stealthy way that not even our right hand knows what the left is doing. If we’re serving in that way, people who have felt invisible for so long will be lifted up and drawn to Christ, all because we have chosen to take none of the credit for ourselves but to point it to Him instead.

The message of this post is not that we should hold our heads down and act depressed about what God has blessed us with. That’s false humility, and it won’t attract anyone to us for us to tell them about the cross. Instead, let’s focus the attention where it’s due, and if “the whole world is a stage,” as Shakespeare claimed, let’s use our on-stage opportunities to glorify the Lord from our hearts, for real. 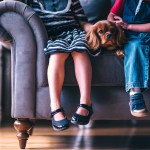