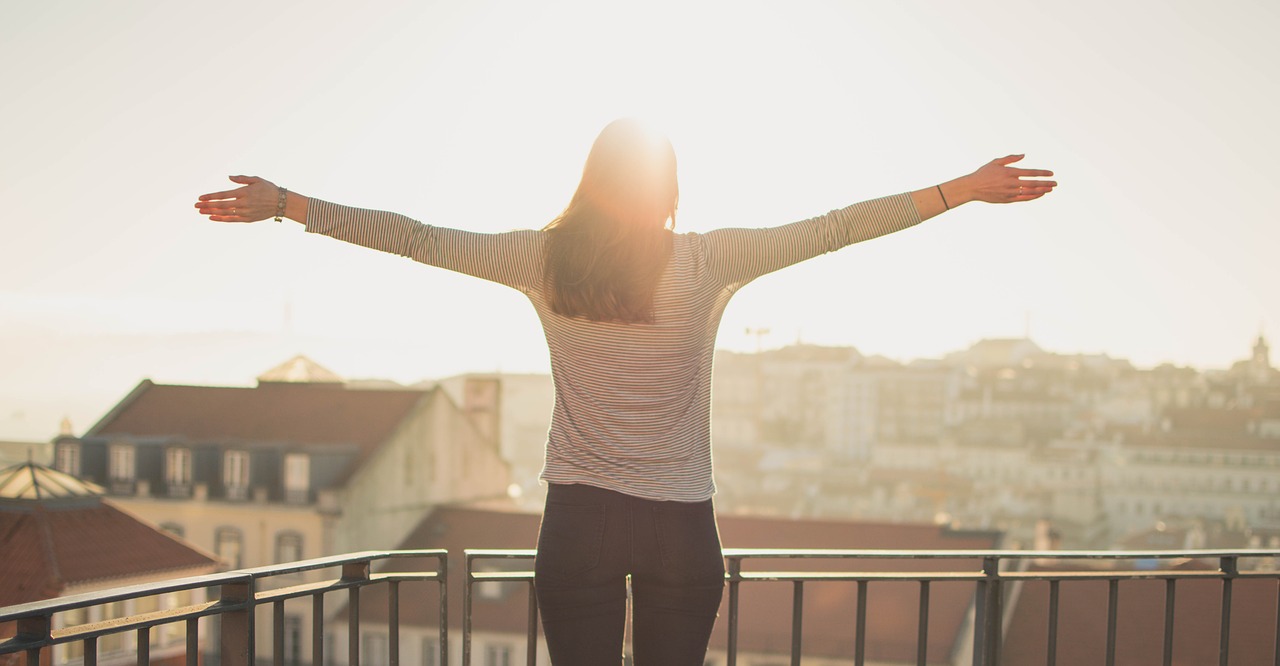 I don’t generally do New Year’s resolutions. However, at this time of year, I see the value in reflecting on the past year and meditating on ways to do things differently in the new year or improve things that aren’t working (even if it doesn’t involve a list).

Just like some of you who may be reading this, I have got some areas of my life that haven’t been working so well for me lately. And thus, when I listened to a Christmas Eve sermon which centered on Revelation 12:11, I decided that I wanted my word of the year to be “overcome.” I know that there are some patterns of behavior that are holding me back. Even as a blogger who writes about healing and spiritual growth, I am ever in process myself. And — just from undergoing some healing these past few years, I know that I don’t have the strength to overcome these areas on my own. And so, I have been praying about these areas and asking Jesus to help me.

One such area I have been in need of an intervention in is in the area of God’s love. I know. I have written numerous blog posts on the subject. However, it’s been an area I’ve struggled with at different intervals of my life because of past events that like to surface, difficult circumstances that make it challenging to trace God’s hand, and lies of the enemy that try to tempt me once again as they have in the past. I’ll just be honest with you: I don’t feel God’s love in a tangible way all of the time even though I can point to ways He has rescued me in my life, comforted me, come through for me.

Well, let me tell you. I almost fell over in shock. I received this book from a friend about five years ago. I read it then, but I had no recollection of the words that lay before me. In addition, I wasn’t searching out this section of the book or expecting there to be an answer for me within its pages. If anything, the fact that He answered me so readily testified to me of God’s care and love right then.

You see, I had been waiting to feel God’s love, and I do feel it at times. But Moore stresses rightly that His love is something we have to believe, not always just wait to feel.

The Bible tells us this: “But God demonstrates his own love for us in this: While we were still sinners, Christ died for us” (Romans 5:8).

Most of us would have to think twice about dying for someone we love, let alone someone who didn’t even appreciate the gift. Think about it. Jesus died knowing that some of us would be flippant about His act while others of us would reject His offer.

In addition, if that weren’t enough, Jesus didn’t come with pomp and circumstance, putting on airs. He downgraded from the splendor of heaven to dwell with us here. He demanded none of the prestige that was due Him — to offer a way out of the mess that we created.

And if you need one more example of His great love, we need only think back to the creation story where God made us as the climax of His creation. We weren’t an afterthought or on the same level as the animals and plants. He set us above them — to rule over them. We were made in the likeness of God; as one commentator put it – we were made to be God’s “shadow.” He saw fit to give us His own attributes and make us in His own image.

Many of us feel it’s impossible that God would love us because of how others have treated us or because we have have even rejected ourselves, but the painful truth is that when we don’t accept that God loves us, we are participating in unbelief. As Moore argues later in the chapter, “Unbelief regarding the love of God is the ultimate slap in His face. The world came into being from the foundation of God’s love. God nailed down His love for us on the cross. Can you imagine the grief of our unbelief after all He’s done?”

On a much smaller scale, it might be like us presenting our child with a lavish gift and a position to work for us and them saying to us, I will take the gift and the position, but I still don’t feel like it’s mine. We would want to hit them over the head and say, Wake up! Aren’t you enjoying the benefits of this gift even as we speak and yet you deny it’s yours?

A stronghold is something we lift up and attach ourselves to — whether a thought pattern or a belief. But ultimately, that thought or belief opposes God’s Word. Unbelief of God’s love can become a stronghold. To demolish the stronghold of unbelief of God’s love, we need to tear down the lies that He doesn’t love us or that we are unlovable and replace that with belief in God’s truth declared in His Word.

In a project I have been working on lately, this idea has continually popped up in the Bible stories I have been studying: the path of belief versus unbelief that God offers. Often, God surprises me with His answers. They don’t always seem that logical. Rather than 2 + 2 = 4, the answer is instead 23 or squirrel or the color blue. I wouldn’t think that belief is the key to experiencing God’s love.

Eve, when tempted by Satan in the Garden of Eden to eat the fruit, did so because she entered into disbelief. She stepped away from believing God had her best in mind (when He warned her not to eat the fruit) and believed that God was holding out on her by placing a restriction on that fruit, even though God had done everything to prove otherwise by placing her in a lovely garden with all of her needs met. It didn’t matter what she felt at the moment. The truth, whether she believed it or not, was that God did love her and had forbidden her from eating the fruit because He was protecting her. The truth remained even when she stepped out of belief and aligned herself with Satan and got out of alignment with God.

The Bible tells us that we are dearly loved by God (Eph. 5:1,2; Col. 3:12). Dearly loved means that we can be rooted in a deep, unwavering belief of God’s love that permeates our every action. Ultimately, all of us need a conviction of God’s love to operate in His power and will — because otherwise we will fall into unbelief on the days we don’t feel like His love is there.

*Updated January 1, 2022. Correction was made on stronghold definition to define it as thought or belief that opposes God’s Word, rather than thought or action.