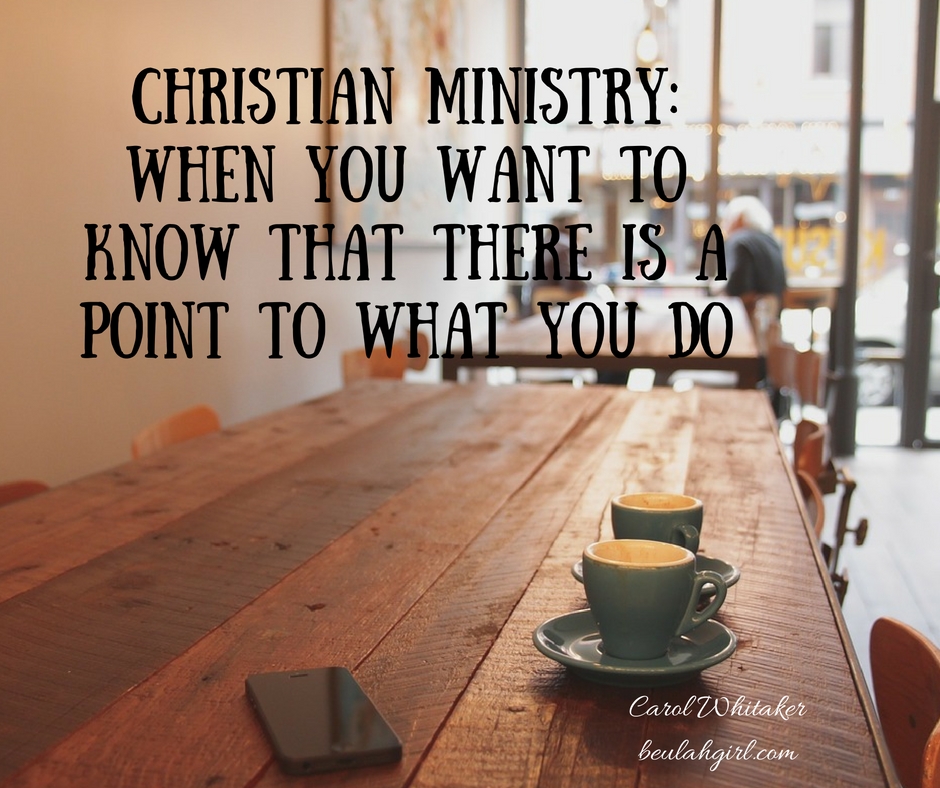 Several weeks ago, I did a video chat on fear. All of the other members of my blog were busy, so I decided to do it alone because I felt the message was one that was important and needed to be put out there.

I typed up an outline of notes, went to the library to print them out (because our printer hasn’t been working for some time), and went through them a few times to rehearse for the event.

I fed my kids, put them to bed and then hurriedly touched up my makeup and changed into a nice shirt and finished off the outfit with a necklace (which, by the way, I hardly ever wear because jewelry is a thing of the past now that I have a brood of messy kids).

I went downstairs, laid out my notes, and logged into the computer to start the chat. I began it right at 9, but as I began talking, it was like a giant pin burst my bubble.

The one person in the chat who had shown up decided to leave and swing back around. Approximately no one was in the chat area after that. I couldn’t hear my voice in my headphones like I normally do, and slowly, I began to melt down like an ice cream cone in August heat.

The one thought in my head: Why am I doing this?

And I considered just stopping right then and there. Closing up shop. The careful notes I had written, the frantic run to the library to print out notes, the effort I had taken to put my kids to bed (with promises of “sugar cereal” in the morning if they stayed quiet and in their beds), the rallying of my tired, then very pregnant body to get in front of the computer at night for less than three people to show up (and a few more that didn’t identify themselves in the chat).

I paused the recording to get in touch with help because I wasn’t even sure if my voice could be heard. The technical person got me back on track within minutes, and I finished the chat as best I could — feeling silly, alone, and pointless.

Because that is what I really wanted to know. The planning. The preparation. The work. The sacrifice.

And what I mentioned was just some surface stuff. I had some real and troubling conflicts in my life at the moment because of the blog and the choices I constantly made to make time for it.

I woke up the next morning, and the Holy Spirit immediately got my attention during my morning devotion. I read these words by Matt Chandler: “[You’re] not the point.”

It was almost like the Holy Spirit had inserted my name right in those words: “Carol, you’re not the point.”

I was a little ticked off in reading that because I wanted to be comforted, not assaulted by my own self-absorption.

However, wanting the applause of people was a constant struggle for me. Even in a ministry aimed at pointing women to Jesus and finding healing, I wanted to be the point. I wanted to be liked and have millions of Twitter followers and be esteemed for my message. I didn’t think I was successful if only a handful of people showed up for my video chat.

But maybe that handful were important enough to Jesus that He send me that message for them. After all, Jesus was willing to leave the 99 for the one. He didn’t worry when He was talking to the woman at the well or the young rich man or the crippled man on a mat that He was spending so much time on one. He wasn’t urging His disciples to catch the moment on Instagram or send out a Tweet about His good deed that day.

The Point of Our Ministry Efforts

I heard a story once of a man who felt he needed to go to a particular logging town and give a sermon. When he got there, he found the town completely deserted. No one was there. Confused, he walked into the chapel they had there and felt very strongly to give his message to an empty room. So he did. And after the message, he felt like his mission was accomplished, so he left and had no idea why he had done what he had.

Years later, he was approached by a man and thanked. The chapel hadn’t been empty after all — there had been a man hiding in the back. He chose not to reveal himself, but he had heard the entire message — and when the rest of the camp returned, he told everyone the message, and the entire camp was saved.

When we make Him the point, there is always a point to what we do.

You see, we do what we do not for others or to be seen by others, but for Him. And it just so happens that others get blessed in the process of our obedience — even when we give chats to invisible audiences and sermons to “empty” rooms.

John the Baptist said about Jesus, “He must increase, but I must decrease” (John 3:30, ESV). When he said these words, John had no idea how these words would come to play out in his own life. Some time after he made this statement, John was thrown in prison.

And while in prison, John had a very human moment when he sent a messenger to Jesus and said, “Are you the one who is to come, or should we expect someone else?” (Luke 7:20). Clearly, John was concerned because things weren’t exactly going the way he thought they would.

And Jesus sent him back this response, “The blind receive sight, the lame walk, those who have leprosy are cleansed, the deaf hear, the dead are raised, and the good news is proclaimed to the poor. Blessed is anyone who does not stumble on account of me” (Luke 7:22, 23).

Seems kind of terse, doesn’t it? Clearly, John was looking for some kind of reassurance and comfort in his situation, but Jesus didn’t exactly provide that. Instead, He stated that His ministry was advancing in the way it should and people who did not “stumble” because of Jesus were “blessed.” If we look at the word “stumble” there, in other translations, this word is actually “offend.” In other words, Jesus said that anyone that wasn’t offended by the unusual methods of His ministry was “blessed.”

John the Baptist, considered by Jesus to be one of the greatest in the kingdom, didn’t get an explanation as to why things were going the way they were. Only that people were getting healed and set free, even as John himself was in the background, in the shadows — about to be executed.

Why Taking Risks and Doing Ministry Jesus’ Way is Worth It

Have you ever felt like your work is in vain? The risks you have taken? The hard conversations you have had at Jesus’ prompting? The relationships that have been strained or lost when you did what God asked of you? And it seems like what God asks of you just requires you to decrease more and more, and you wonder what He is up to?

Yep, me too. But John the Baptist’s words and life remind us that success in the kingdom of God often looks upside down or backwards to us. Some of the ways God will ask us to minister won’t make any sense to our human reason. He won’t always answer our whys or respond to our questions in the way we expect. We might wonder if what we’re doing matters. If what we’re doing for Him is worth everything we’ve lost.

In a devotional, blogger and author Bonnie Gray encourages us with these words: “If we are being faithful to express who God is calling us to become, then it’s worth it. Faith in Jesus is always worth whatever comes.”

And so, I’ll continue. To dress up. To show up. To do things that feel pointless and confusing because He has told me to.

Because it’s not about me. When I make myself the focus, I look for the huge audience and recognition. I look for things to go the way I want. But when I make Him the point, I let Him orchestrate events the way He wants to. And I leave the results to Him.

Because after all, isn’t that the point?

Ephesians 6:7: “Serve wholeheartedly, as if you were serving the Lord, not people.”

1 Corinthians 15:58: “Therefore, my dear brothers, stand firm. Let nothing move you. Always give yourselves fully to the work of the Lord, because you know that your labor is never in vain.”

Hebrews 6:10: “God is not unjust; he will not forget your work and the love you have shown him as you have helped his people and continue to help them.”