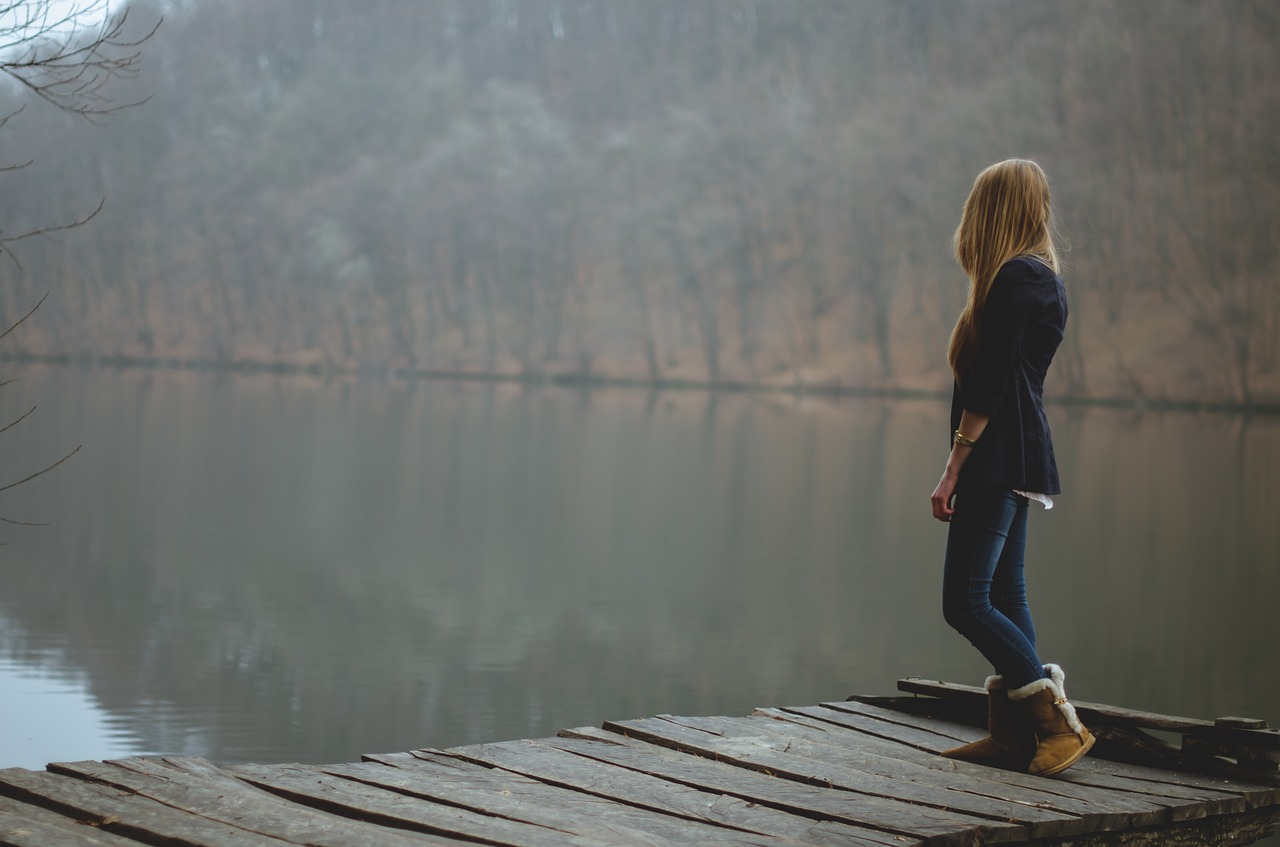 In the novel The Color Purple, the main character Celie develops an intimate relationship with another woman, Shug Avery. Though she is a married woman, her husband abuses her, so she seeks respite in the arms of a kind friend who pays attention to her.

Though we might think this is the kind of scenario reserved for the pages of fiction, I believe this kind of situation is not uncommon. Though the details might not unfold in exactly the same way in every story, we may find ourselves more susceptible to finding love in a place we never thought we would in the wake of a rejection of some kind, abandonment, or other serious attack to our worth.

I would know — because this happened to me.

My Story of Same-Sex Relationships

When I was in high school, I had friendships with other girls that started off as regular friendships and then grew physical. This wasn’t a pre-meditated decision. I wasn’t struggling with same-sex attraction or unaware of what the Bible said about homosexuality. I grew up in a Christian home and knew the Bible’s stance on same-sex relationships.

But I was afraid of the opposite sex. I went through an awkward stage in middle school and early high school and was teased by a handful of my male peers. Sensitive and insecure, I internalized the criticism and determined something was wrong with me. I bought into the lie that no guy could ever like me. Even as I had interest from some males and friendships with males that developed into dating relationships, I secretly believed that they could not really care about me.

I needed an out for the pain I experienced when others rejected me and a place to boost my sagging sense of worth. I didn’t know how to place my identity in Christ or find in Him the love and acceptance I was missing. Therefore, these physical relationships evolved. I denied what was really happening and even thought that I was saving myself for marriage.

Even though this experimentation with the same sex ended before I graduated from high school, I carried a deep sense of shame for what I had participated in. I resolved that I would never tell anyone what I had done. I would keep my past sins a secret.

However, I didn’t know that stuffing down your sin doesn’t heal or liberate you. It places you in bondage. To get free, we have to do as the Bible says and choose to walk in the light (1 John 1:7-9). The Bible says that we are to confess our sins to others and bring out in the open what we are hiding (James 5:16). Although individual confession in our own prayer time is needed, we also find healing by sharing our sin struggles with others and asking others to pray for us.

Certainly, open confession isn’t advisable in every circumstance, and we shouldn’t run around and confess every thought and action. In addition, we should be wise about whom we confide in, as there are some who can’t handle the details of our story. However, we find a great release of guilt and shame when we choose to be transparent with others.

This could look different depending on our circumstance, but this might mean confessing to a fellow believer, pastor/church leader, or Christian counselor. This may mean telling others our testimony, as I am doing here. Whatever the case, God will lead us in the right way to go when we open ourselves to Him and choose to surrender over the dark parts of our life that need redemption.

Walking in the Light of God’s Freedom

Some time ago, I watched a documentary where siblings, abandoned by their mother, went on a search to find out their mother’s identity and the reasons for their abandonment. With the help of an agency, the agency found a relative in their mother’s family and set up a meeting to meet with her. The aunt, as she identified herself, gave details about their mother. Yet, after the initial meeting, when the agency pressed for further meetings and details, a truth immerged that no one expected: the “aunt” was actually the biological mother of the children. She was afraid to tell the truth because she didn’t want to inflict more pain on her adult children and identify herself as the one who had abandoned them. Yet, when the agency suspected the truth based on the details she gave, she finally caved.

Before her confession, her secrets were weighing on her so heavily she had been having heart problems, but when she chose to be honest about her shortcomings, the burden of guilt and shame she had carried lifted — and her heart problem began to improve.

I tell this story because confession is not easy. Those of us raised in the church may have the hardest time confessing sin because we know better, and it’s all too easy to play the perfect game by dressing up each Sunday and warning a pew, but no healing can come until we get honest with God and sometimes others, depending on the situation. Only then can healing come.

God Heals Us When We Turn to Him

If you are someone who has had same-sex experiences in your past, you don’t have to live in shame and condemnation. Maybe you have always felt different and have been attracted to the same sex. Or maybe, like me, you found yourself involved in a relationship with the same sex at a time in your life when you felt unloved or unworthy. Or maybe you are someone is attracted to both genders and consider yourself bisexual.

Whatever the case, when we veer outside of God’s plan for sex and relationships, our actions cause burdens of shame and guilt that we cannot remove on our own. God promises not to turn anyone away who comes to Him — and grants healing to those who call on Him and desire to walk in His ways.

If you have never accepted Jesus Christ as your Lord and Savior, you can do that now and ask Him to help you walk a new way. And, if you are a follower of Jesus Christ, you can approach Him with confidence as a beloved child of God. In either scenario, He is waiting with open arms.

This is part of a 2-part series on same-sex relationships. Check out my first article in the series about what our approach should be as Christians to the topic. If you’d like to hear more details about my personal testimony, check out my podcast episode at the top of this post.

Feel a little confused about what it means to confess our sins to others and what the Bible says about confession? Check out this free resource detailing a few guidelines about confession (when to share and when not to) that I’ve learned on my journey.

Want to learn more about breaking free of sexual sin? Check out these following articles on severing unwanted soul ties: “Breaking Negative Soul Ties; Getting Rid of Emotional and Romantic Baggage” and “Breaking Unhealthy Soul Ties: How to Get Over Past Romantic Relationships.”