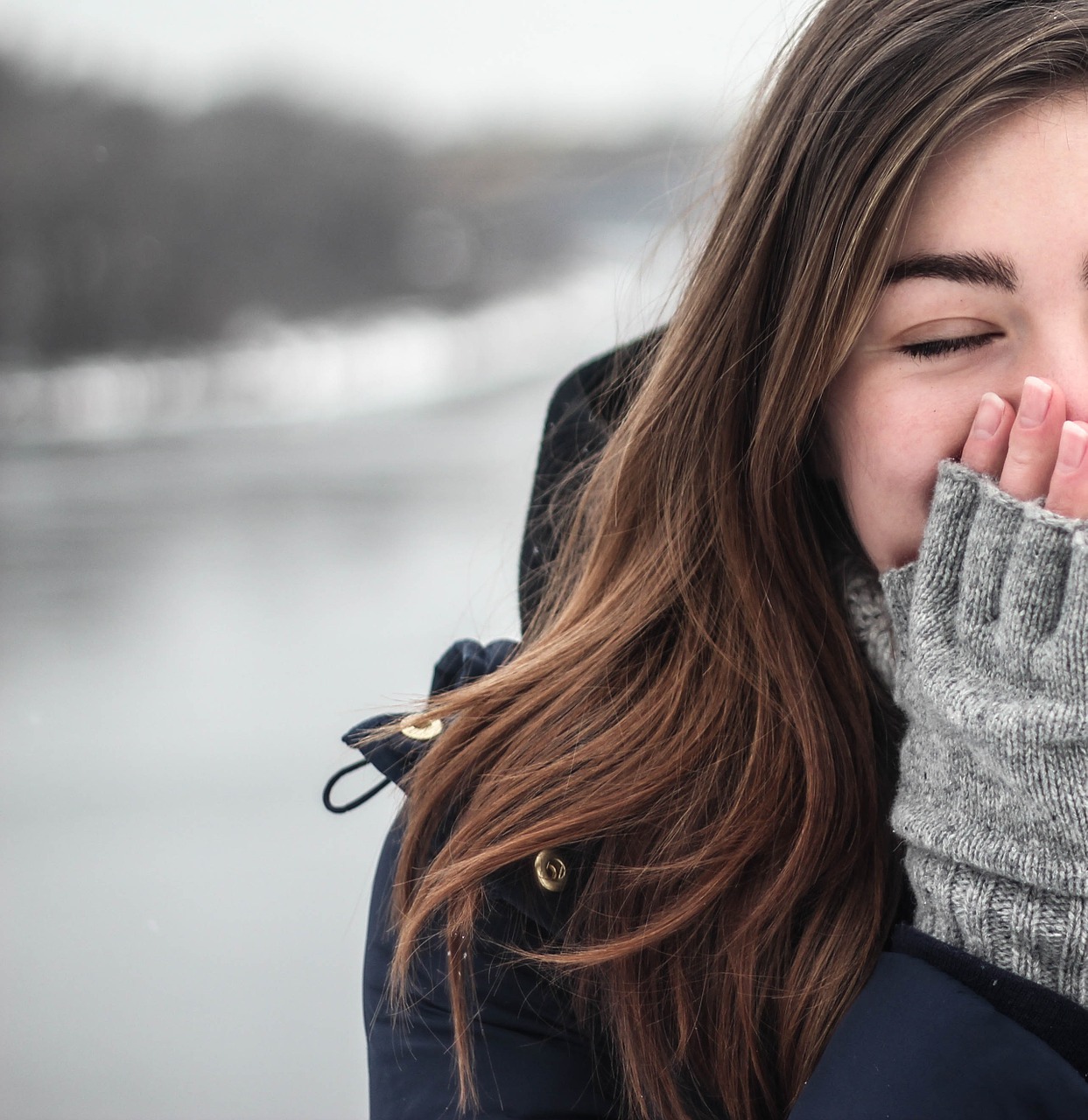 Our house has been for sale since the beginning of the summer.

After just a few weeks on the market, we received two offers. However, through a series of events, both offers fell through, and we’ve had a long stretch since then of realtors texting me at all hours of the day to see our property and the continued challenge of keeping it clean with two small children underfoot.

My husband’s new job (the one that necessitated our move) has been proving to be a stressful transition for my husband and our family. He has been commuting long hours and putting extra time into the basketball program where he is serving as a coach. As a result, I have had many long evenings and weekends alone with my small children.

To add to the mix, shortly after we lost the offers, I found out that I am pregnant.

While this is exciting news, at 36, everything in my body hurts — my knees, my legs, my stomach, everything! I’ve been fighting all-day nausea, so each day feels like an uphill battle. And to add to that, God keeps pruning away at areas in my life that has me feeling so worn out. All the cutting away God has been doing has left me feeling like I should just give up on the direction God has pointed out for me. At certain intervals these past few weeks, I have wanted to back out on selling our house, on starting a ministry, on continuing to step out into the difficult territory God keeps calling me to.

However, just in the past two weeks, I’ve received texts from several old friends I haven’t spoken to in some time asking how I am doing, letting me know they were thinking of me. Another friend from years ago messaged me to ask me if she could pray for me. She said God had put me on her heart. Just her simple few lines brought me to tears because I felt so cherished and loved when I received her words.

I knew God had orchestrated these special contacts on my behalf. I knew that He was looking out for me and sending me much-needed comfort. I was reminded by my friends’ words of all the other times God had rejuvenated and motivated me to keep following Him down the path He had for me even when so many trials made me want to look for an easier way.

A Woman Who Walked a Difficult Road

Mary, the mother of Jesus, was a woman who must have longed at times for a simpler course. We often think of the Christmas card pictures of Mary — a serene woman garbed in blue cradling an equally serene Jesus. But what that picture does not portray is the pain she had to go through in being the mother of the Messiah. Let’s take a quick peek at Mary’s early road as the mother of Jesus:

— She was impregnated by the Holy Spirit as a virgin and had a whole lot of explaining to do to her family and fiancé.

— She was pregnant out of wedlock in a time when it was not socially acceptable for women to be pregnant without being married.

— She endured a long expedition on a mule while pregnant.

— Once the trip to Bethlehem was complete, the inns were too crowded to house her, so she had to give birth to Jesus in a stable.

And this was just at the beginning of her role as Jesus’ mama! I don’t know about you, but at this juncture I might have been ready to throw in the towel and tell God that I wasn’t cut out for this job, you know?

However, at this point in her journey, after the birth of Jesus in the stable, shepherds saw angels in the sky proclaiming Jesus’ birth and came to see this new infant king. And then the shepherds left to tell everyone in the town what they had seen.

These shepherds were strangers to Mary. They just showed up after Jesus was born and spoke of her baby with awe and wonder because of the message they had been given through the angels. After the proclamation of the shepherds’ news, the Scriptures tell us that Mary “treasured up all these things and pondered them in her heart” (Luke 2:19). To “ponder” means to “think about or consider something carefully” (Merriam-Webster Dictionary).

Most likely, the shepherds’ confirmation and joyous proclamation of her God-son was just the news Mary needed after a hard, long journey — a journey that was only beginning. Surely the shepherds’ visit validated Mary in a way that helped to lift her up after enduring tough circumstances.

Mary Examined the Other Moments in the Past

And perhaps Mary, in her pondering of the shepherds’ visit. was not only encouraged but was able to examine these newest developments in her story and her son’s story and gain further insight into the person she had birthed.

She could compare this newest spiritual occurrence with instances in the past: when the angel had visited her to tell her of the child she would bear; when she met with Elizabeth, and Elizabeth’s baby leaped for joy in her womb; and when Joseph was told by an angel in a dream that Mary had been impregnated by the Holy Spirit.

With each of these events, Mary could further be assured that God was with her and was indeed going to accomplish what He said.

Because so often God tells us a vision of what we will accomplish for Him but provides us with no other details, and those are not filled in until we are actually underway on the journey. Personally, in my own journey to answer God’s call, I, too, have had a string of events that have gone beyond just the most recent messages from friends that have helped to not only comfort me but clarify a call that felt very fuzzy initially.

A few years ago when I was just starting to get a sense that God wanted me to start a ministry, I was visiting my parents in my home state of Washington and happened to attend a small church where no one knew me or my story. The first time that I visited, I received prayer from a woman who told me that God was going to use me in a big way in ministry. I gave her no details about myself, but she repeated and even expanded on what God had already told me.

The second time I visited, exactly one year later, the pastor himself approached me and gave me a prophetic word. He told me that God was going to use me to write curriculum for others and how God had given me administrative gifts that He was going to utilize in me to lead others. Just a few months after visiting his church, I knew what that “curriculum” was going to be. I felt God specifically tell me to write down the lessons He had taught me in a blog.

Even with these past occurrences where God has confirmed to me the direction I should go — I have felt distracted and pulled down by just how hard everything has felt the past few months. That big vision God gave me concerning how He wants to use me feels suffocated by the other things going on in my life.

His Comfort Keeps Me Going

But by receiving the comfort He is providing now and meditating on key times He has shown up for me in the last few years, as Mary did when she saw the shepherds, I have been able to find fresh inspiration and strength to continue on in my course.

Because the promise we have is this: Whatever God has called us to as far as kingdom work is not work we do alone. He will refresh us in the process (Proverbs 11:25). Yes, there will be hardship and inconvenience and trials, but God is there to renew us at pivotal points.

And when I survey His faithfulness, I can rest knowing that the next stretch of the journey, whatever it is, however hard it is — is that which He has already charted.

I can know that those moments in the future, just when I am about to plunge into despair, when I am too weary to go on, is right where God will provide again — another pearl of encouragement to ponder.

UPDATE: This post was adapted from a post published December 13, 2015. Shortly after writing this post, we received a brand new offer on our house and moved to a new county. In addition, my daughter was delivered, healthy and 9 days overdue, just a few months after we moved into our new home! God is good!

Isaiah 40:31: “But those who hope in the LORD will renew their strength. They will soar on wings like eagles; they will run and not grow weary, they will walk and not be faint.”

Psalm 73:26: “My flesh and my heart may fail, but God is the strength of my heart and my portion forever.”

Need more encouragement in your journey? Read this post about Hagar, a woman from the Old Testament who was in a desperate situation and encountered God at her lowest point.

We’d love for you to become a friend of the blog. If you are not yet part of our online community, get our latest posts by subscribing to Facebook, Twitter, or Google+.