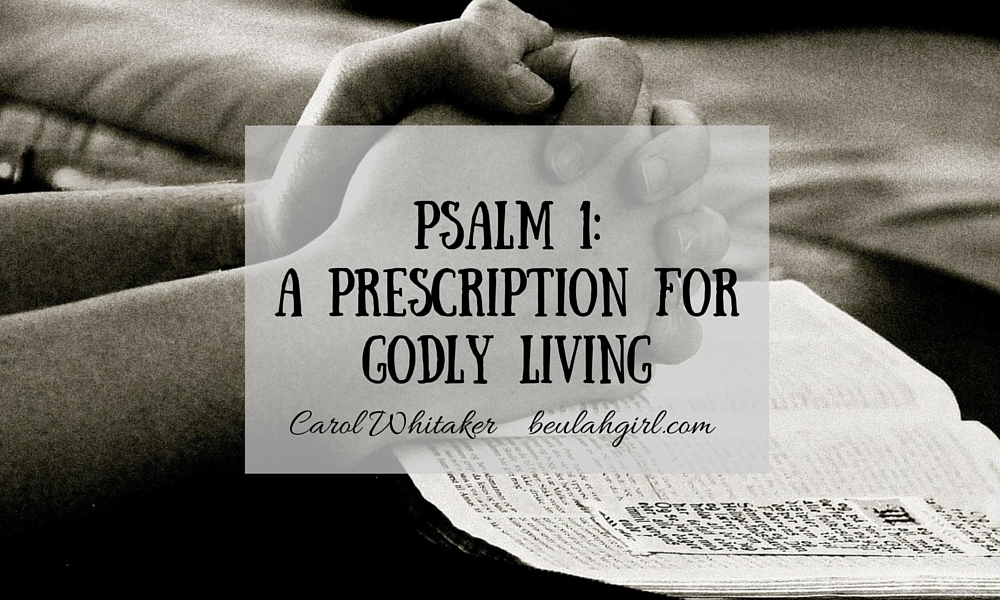 When I was a high school English teacher, one of the activities I liked to do with students when reading poetry was an annotations, or close reading, activity.

Basically, I grouped students, assigned them a poem to read aloud together, and then gave them a short list of items they were to look for and write notes on in regards to the poem. They had to take notes on the speaker, tone, word choice (or words they didn’t know), figurative language, and so forth.

All of these notes that they took would be hand-written on the copy of the poem and would help lead them to a conclusion about the poem’s meaning. Slowing down and analyzing every word of the lines helped them to be able to grasp the meaning on a deeper level.

The same exercise can be applied to Scripture. When I take the time to examine a few lines, I am able to grasp the meaning in a deeper way than I have before.

Recently, I was inspired to slow down and look at Psalm 1. It is a psalm I am familiar with; however, I’ve never examined it with careful scrutiny before. Therefore, I wanted to do so and look at what it means for us:

Blessed is the one

who does not walk in step

or stand in the way that

or sit in the company of mockers,

but whose delight is in the law of the

and who meditates on his law day and night.

In a devotion, author Dorothy Valcàrcel helps to illuminate my understanding of this word “blessed.” I often think of “blessed” as meaning blessed in terms of financial gains or material goods, but she rightly points out that in this context it means spiritually prosperous.

The NIV Application Commentary further highlights this, saying: “The word ‘blessed’ conveys the idea of happiness that flows from a sense of well-being and rightness.” The Pulpit Commentary asserts that this first line of the psalm can be read as “blessings are to the man.”

What we can note about this description is that the psalm isn’t telling us to avoid all contact with the world in a pharisaical sense. We are not told here never to speak to unbelievers or people that would be considered worldly. What it is telling us to do is to not participate in the behaviors described or allow ourselves to be unduly influenced by those who are ungodly.

Let’s note what actions the psalm cautions against: listening to the counsel of the wicked, walking (taking part in) the schemes of the wicked and mocking or showing disdain for Christianity and the Gospel. Again, I don’t believe that the psalm gives us these behaviors so that we can carry a checklist around and consider ourselves holy if these “requirements” are met.

However, it does make it clear that a godly man is one who does not allow the ways of the world or the wicked to influence his thinking or actions.

What we should also observe here is that the behaviors described in the psalm that the godly person should avoid are those that the person may fall into quite unintentionally. This person may not have set out to be opposed to God or engage in wicked actions; however, this person allowed himself to be led away by a series of actions on his part that may not have started out looking so bad but ended up being quite wicked.

The psalm seems to indicate that these behaviors may lead one to another. The NIV Application Commentary asserts this very idea, saying: “The order of these verbs may indicate a gradual descent into evil, in which one first walks alongside, then stops, and ultimately takes up permanent residence in the company of the wicked.”

We have all had the experience of observing individuals who gradually fell away from righteous living and got involved in things they shouldn’t have been involved in. Perhaps we noticed at first that they began to hang around different friends and dress differently. Then we perhaps noticed that they began to talk differently and act in ways they hadn’t before. Pretty soon, we may have been saddened to hear that they were fully immersed in the lifestyle of their new friends and were perhaps even enticing others to join in their exploits.

I once heard of a Christian band who began to play in bars and clubs as a ministry outlet. While this in and of itself would have been perfectly acceptable — and a Christian witness is most needed in places where the church often can’t be found — the bar scene began to have an influence on this band. Pretty soon members were rumored to be smoking marijuana, drinking heavily at parties and using foul language.

The Bible is very clear about how Christians should appear to non-Christians. It doesn’t say we are to blend in so that we can make others more comfortable. No! Not only here but other places in Scripture urge us to live differently and not allow ourselves to adopt the customs of the world we find ourselves in.

Since you died with Christ to the elemental spiritual forces of this world, why, as though you still belonged to the word, do you submit to its rules. ‘Do not handle! Do not taste! Do not touch’? (Colossians 2:20, 21)

If we aren’t careful about the individuals and environments we allow to affect us, we may gradually fall into a lifestyle of living that we never set out to be part of to begin with. We should heed the warning in the psalm and know that this descent into evil may be very subtle — starting with simply taking some bad advice and ending with being fully immersed in a wrong lifestyle. We would do well to watch what we are allowing to infiltrate our thoughts and impact our actions.

Rather than allow the schemes and wisdom of the ungodly to flood his mind, the godly man fills His mind with the things of God so that He knows which direction to go and what plans to make.

And, as many commentators point out, the godly man is not one who never sins or makes a poor choice. The godly man, however, does not persist in poor choices. He corrects himself rather than continue in his downward spiral — and the antidote against poor decisions is constantly learning and meditating on the laws of God. He loves to learn God’s ways because God’s ways bring Him security, peace and joy.

That reality should be a comfort to us as we’re reading this because we’ve all done things we shouldn’t have as Christians — and there have been times that I can trace how one poor choice has led to more bad decisions in a season. However, I don’t believe the intent of this psalm is to present an unattainable standard of living.

Rather, it urges us to consider that we as individuals have a free will. We have a say in whom we allow to speak in our lives and what actions we engage in.

Therefore, if I were teaching once again and discussing with students a conclusion I might come up with in regards to these few lines of verse, I would say this: We all have a choice. Yes, God is grieved when I sin and has the laws He does because He has holy standards — but ultimately, as I heard one pastor say once, all of God’s laws are love. 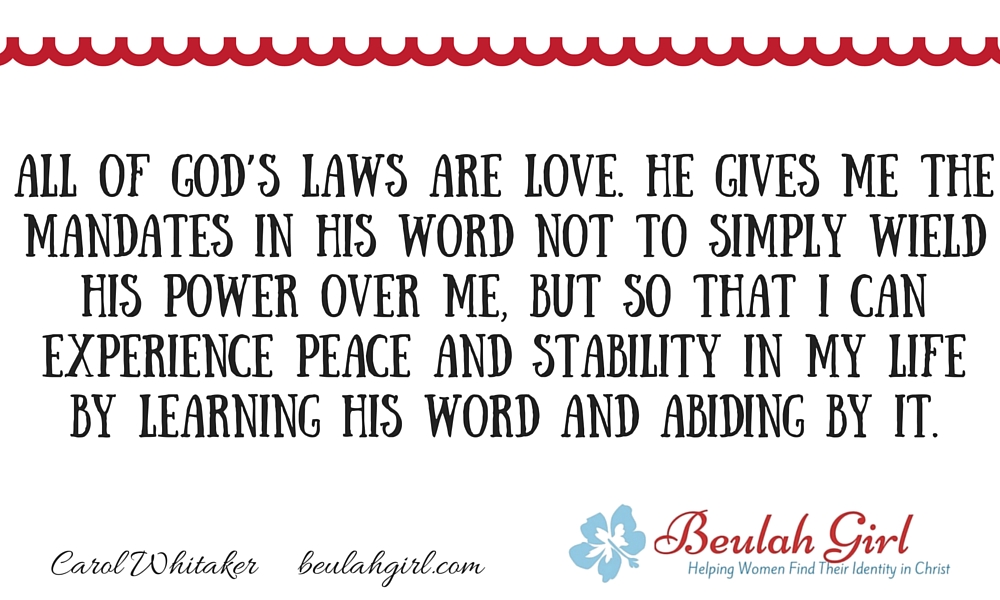 He gives me the mandates in His Word not to simply wield His power over me, but so that I can experience peace and stability in my life by learning His Word and abiding by it.

As laid out in this psalm, the difference between the godly and ungodly is simple: godly people choose God and trust His ways over the world’s!

Subscribe for our blab chat on the topic of godly living or watch the replay!