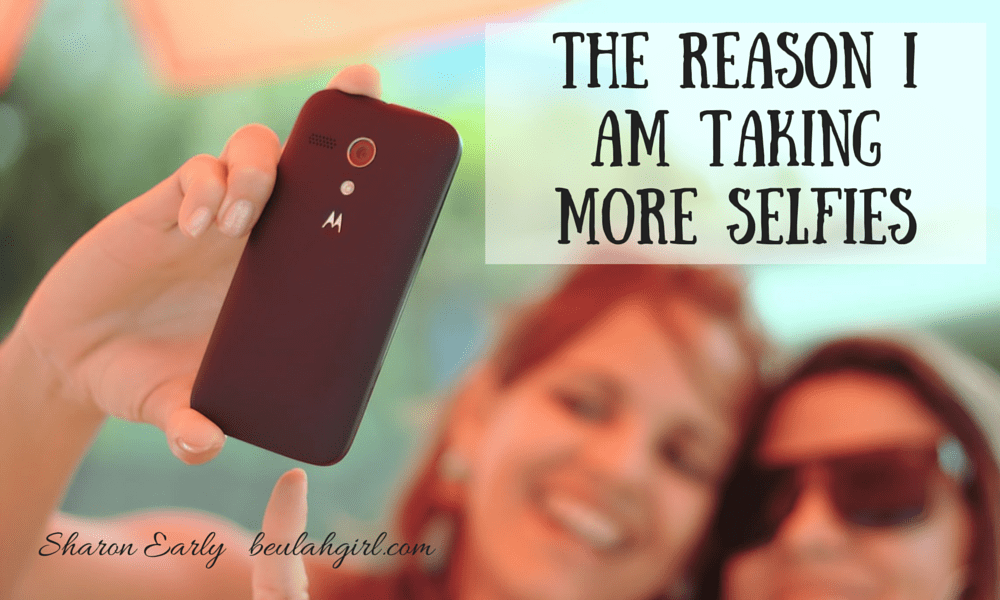 I’ve had a personal revelation.

A few years ago I stopped taking selfies. I developed a general annoyance with the trend because it seemed like everywhere I looked there were prepubescent tweens (or adults) taking pictures of themselves making the dreaded “duckface.” (If you aren’t familiar with “duckface,” Google it at your own risk.) I don’t think there’s anything wrong with taking a selfie … I mean, my best friend, Tori, takes selfies all the time and she makes it pretty dang adorable. In fact, I think the first selfie I ever took was with her.

I have realized recently that I’ve been shying away from having pictures taken of me in general. This seems to coincide with a drastic drop in my self-esteem over the last year or two. I started to hate pictures of myself and dread seeing them. In my mind, I was fat, ugly, too pale, whatever. This insecurity seems to run in my blood. As a child, many of the women I grew up around told me I was beautiful, but they weren’t shy about letting everyone know how much they loathed themselves. So when I saw these women look in the mirror and verbally abuse themselves, I took note. It’s a pattern I am desperately trying to break with my own daughter.

You see, there’s a very persistent and malicious critic who lives in my head and seems intent on making me hate myself and everything about my life. You’re disgusting. You’re so ugly. You’re fat. Why can’t you look like her? You are embarrassing. You are a failure. You can’t do anything right. You look terrible without makeup. I’ve always given way to this little devil in my mind, up until a few weeks ago. 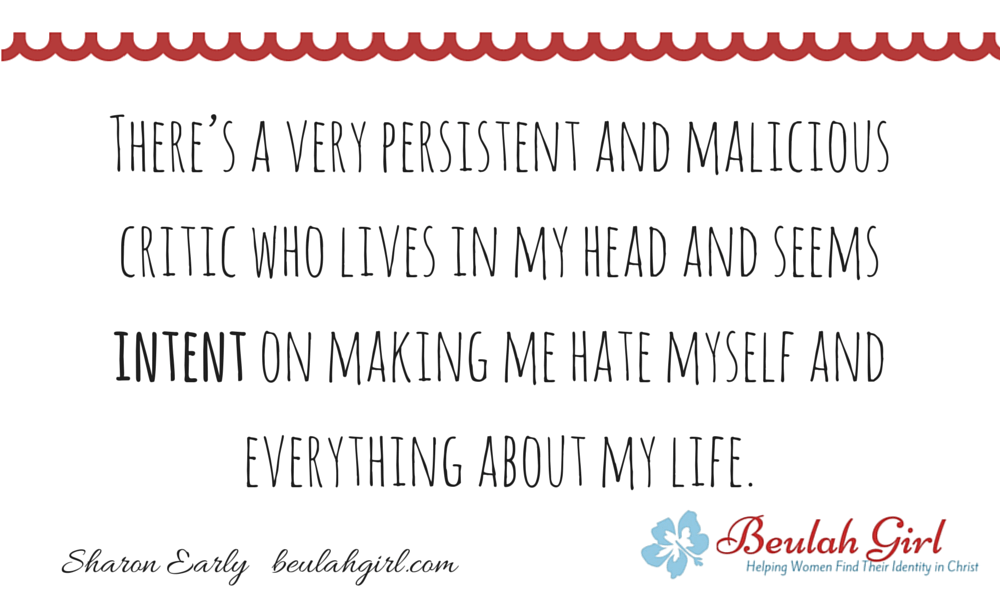 I was hired into my position to replace a girl who received a promotion. Recently I met this woman and was literally floored by how beautiful she is. She’s a tall, statuesque blonde with these piercing blue eyes. Seriously, she looks like a Barbie doll. My first reaction after I shook her hand was to flee the scene because I was so intimidated by her beauty and my lack thereof. I remember going into the bathroom and looking in the mirror and beginning the usual critique on myself. But something unprecedented happened. A new voice spoke up.

Wait, wait, wait. Hold on, Sharon. You cannot do this again.

You have that fair skin because of your Irish daddy, who you adore so much. That dark hair is his too. Your green eyes are to remind you of where your ancestors lived. And that smile? It’s a combination of your dad’s, a silly smirk so few get to see, and your mom’s, a happy grin when she’s laughing from her gut. And you might think your knees are too big and weird looking, but they’re the same knees your dad used to lift you and carry you piggy back. You want to give all that up to be someone else? You look like this because of who you are. The critique is over. It’s done.

Somehow, things have started to change since that day. I’m not saying there’s anything wrong with being a statuesque blonde with blue eyes, but I am a unique individual, and my physical features are special and tell a story about who I am. Since that talk with myself in the bathroom, I’ve stopped beating myself up as much. I’m standing up to the critic in my head. And I realized that the real reason I stopped taking selfies was because I had developed such poor self-confidence that I couldn’t stand a picture of myself. I once begged my husband, Matthew, to delete a picture of us because I was so embarrassed about how I looked. I’ll never forget what he said after he gave in and erased it: There. You happy? Memory gone.

My new idea in self-therapy (is that a word?) is to take selfies, dad gum it. If I feel like I look cute, I’m going to give myself permission to take a picture. It’s all part of learning to accept that I really am fearfully and wonderfully made (Psalm 139). And you are too.