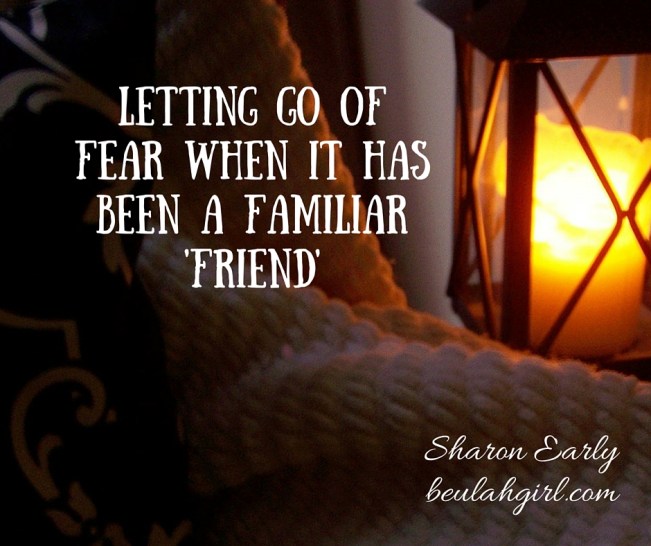 I’ve been frozen for almost eleven months now. Frozen in fear. It’s debilitating and it’s crippling and it’s exhausting. But, as sick as I am of it, I’m stuck. Or at least it seems that way.

Almost a year ago, my daughter was born two months ahead of schedule. I had severe preeclampsia, and an emergency C-section was performed to save both of our lives. I visited my little girl in the NICU every day for the longest month of my life.

She was so tiny, and to me, so fragile. She had to learn how to eat and breathe on her own, and I wasn’t familiar with how to care for a full-term baby, let alone one weighing 3 1/2 pounds. Her nurses assured me that she was one of the strongest preemies they had ever seen and that I had nothing to worry about, but I am embarrassed to admit that most of the time I didn’t see her strength.

I saw her feeding tube. I saw her IV and her blood pressure cuff. I saw her heart and oxygen monitors and I heard the jarring alarms when her heart rate dropped too low. All of it terrified me.

I knew she was a miracle. I knew that we were watching God form her before our eyes. I knew deep down that we were all going to be OK, but the spirit of fear that had seized me wasn’t loosening its grip anytime soon. When the day I had been praying for finally came and our little baby got discharged, I remember asking her doctor, “Are you sure she’s ready? Should she stay longer?”

The doors of the NICU were at long last opened wide for us to leave, but I’d become so comfortable there, enclosed in that small wing of the hospital, that I was scared to do the thing we were meant to do, the thing I had longed for — go home as a family.

Home we went, and our daughter was and is perfectly fine. She has excelled in every way, and now is virtually indistinguishable from a baby born at full-term. It’s me who’s not fine. I remember all too well the alarms, the monitors, the tubes and the lonely, sleepless nights without her.

I obsess about her health, my heart sinks when I hear her crying, and I fear getting the slightest thing “wrong” because if I screw up some awful thing might happen. Basically, I’m a mess, and when anyone asks me why, I point back to the NICU.

My paranoia understandably annoys those closest to me. Quite often, I find that I can’t enjoy time with or without my daughter because I’m too worried about her. This, naturally, creates tension for everyone around me. My family has been incredibly patient during my many meltdowns over the last year, but the thing about living in fear is that it not only paralyzes you, but everyone around you. My fear controls me, but my family experiences the bondage as well.

I’ll admit it — the traumatic events surrounding my daughter’s birth have become my go-to. The NICU has become my justification for agonizing over every detail of her life. It’s not right or healthy, and at some point I’m going to have to let it go, but I have no idea how to do that.

One of my favorite songs by Jason Gray says, “There’s no thief like fear.” And it’s true. Fear has stolen my joy, my peace, my sanity, my sleep, my health and my identity. Not only is fear a thief, but it’s deceiving. When you’re afraid for as long as I’ve been afraid, you swallow the lie that there is no other way to be. You cling to your fear. You justify it. You defend it.

I was in tears one afternoon at my parents’ house, trying to get up the nerve to leave my daughter with them for a while so that my husband and I could have some much needed alone time. I was listing all the reasons why I was scared to leave her, why I had no choice but to be afraid even though it was destroying my life.

My father, in growing frustration, was shooting down my pitiful excuses one by one. Finally, I said, “None of you … not one of you knows what it’s like to visit your baby in the hospital every single day for the first month of her life.”

It’s time to leave the hospital. My daughter had been given a clean bill of health and had been discharged for several months. And I had never left the hospital. Rather than allowing myself to experience the freedom we had waited for, I turned my nose up at the miracle in favor of the terror that something, anything might go wrong. That the other shoe would eventually drop.

I’m reminded of the story of Lazarus, which is found in the Gospel of John. You may be familiar with it, but the long and short of it is that Lazarus, a man Jesus loved, fell sick and died. In fact, Jesus knew he was going to die, and allowed it anyway, so that God would be glorified (John 11:4). Jesus knew the outcome; He knew that He was going to raise Lazarus from the dead, gaining all the glory from his suffering and that of his family.

And even though He knew the ending would be a happy one, Jesus still wept when He reached the gravesite, knowing and feeling the pain that His children experienced as part of God’s perfect plan. The Bible says that in a loud voice, Jesus called for Lazarus to come out of the grave, and out he came.

Here’s where I draw the comparison to my story. What if, when Jesus called for Lazarus to come out of the tomb, the man had refused?

It’s more than a little ridiculous. But haven’t I done just that? The Lord had miraculously delivered me, in the nick of time, from a potentially fatal illness. He had gloriously rescued my daughter from my failing womb. And when she was strong enough and His timing was right, He had called her out of that hospital and home with us.

Only I had stayed behind. Physically, I’ve been home with her and my husband nearly 11 months now. In my mind, gripped by fear, I’ve been in that little rocking chair in the NICU, staring into that isolette at a baby much too small.

The reality is that God’s plan all along was perfect. My daughter was born early by our calendar, but not God’s. He saw, ahead of time, the sickness and the suffering, and He knew the purpose of it all. He allowed the pain and planned the miracle, knowing He would take the glory. And I, in so many ways, have refused the miracle in favor of the pain.

My dad’s words to me ring in my ears almost every day. It’s time to leave the hospital. Just like it was time for Lazarus to leave the tomb. Who am I to say no, to continue to live imprisoned when freedom Himself calls to me?

It’s time for me to do what I should have done a long time ago, and that is to obey the voice of Jesus rather than the voice of fear. The voice calling me to “Come out!” instead of the voice telling me it’s safer in the dark. So much has been waiting for me on the outside.

My little preemie, almost at her first year birthday, is about to take her first steps, and so am I.