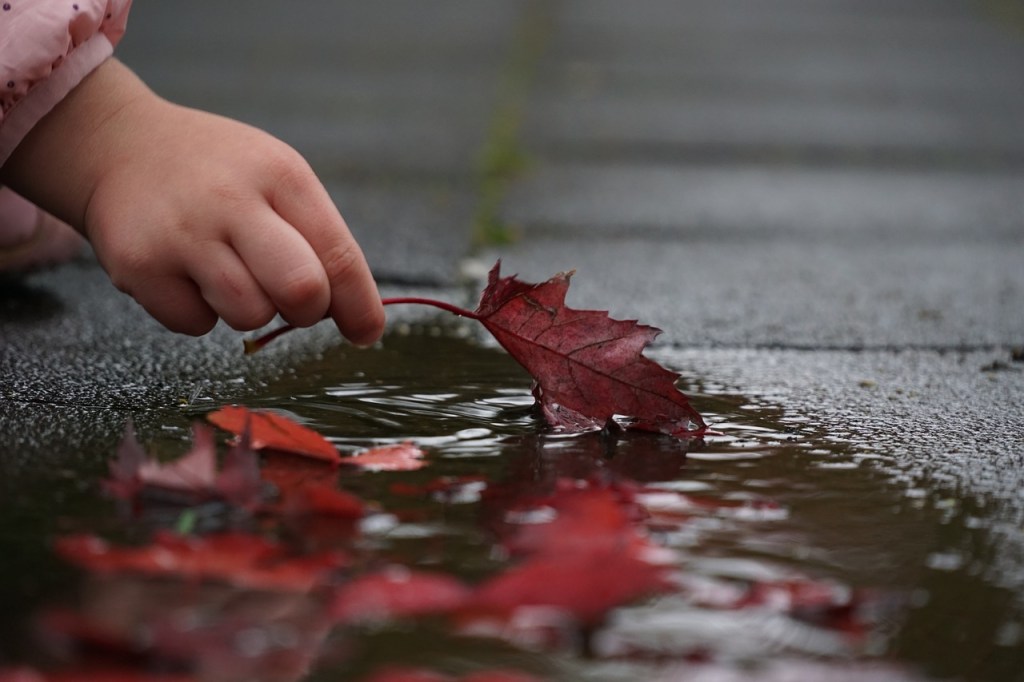 Miscarriage is an ugly word. I don’t even like to say it. It is too much like “mistake” or “miss” — as in “missed the mark.” The pain is a private, intense humiliation that very few can understand. There is grief for a child that you did not know, for a life that was but then wasn’t. For a beginning you thought was taking place only to discover that by some cruel trick of nature, the exciting debut has ended without fanfare or explanation. And you go on, although inside you feel blank — lost in a too-large gray sweater that has no arm-holes.

And then there is the problem with numbers. When I sit in a doctor’s office filling out paperwork and there is a question about pregnancies, I pencil in 4. Then there is a question of live children, and I pencil in 2. Somewhere, in the recesses of my mind, hovers the number 3 as well — because even though it was my fourth pregnancy, my number of live children would have increased to 3. But there are only 2.

After my second miscarriage, there was a weariness in my bones following the hospital stay after the loss of that baby. A tiredness when I climbed into the SUV with the extra third row seat we bought to accommodate the baby. A heaviness in my arms, falling like lead to my sides, when I am startled by the baby’s name “Addison” scrawled on a bulletin board outside my older daughter’s classroom at curriculum night. A tiredness when I see pregnant women in Target, two children in tow, and I think that I might have been one of those moms — but I’m not.

Wrestling with grief in the days following my most recent loss, I asked God to help me see the beautiful out of the gruesomeness of the day I spent at the hospital, my insides emptying the life I had nourished for 11 1/2 weeks. I inquired very specifically, “Lord, how can this be anything but ugly?” And I realized that out of the anguish of my pregnancy ending early and my child not forming properly in the way she should have, there were four gifts that came out of my miscarriage.

1. Patience to Slow Down.

I am not a patient person. I don’t like waiting for anything. Consequently, I have a tendency to power through my day at break-neck speed, so intent on getting to the next thing that I don’t enjoy any one thing in the process. However, after my pregnancy loss, time slowed down in a very beautiful way for me. I began to notice small things, like the freckles on my daughter’s forehead and the new word in my son’s vocabulary.

After my release from the hospital, it was such an effort for me to even get anywhere, a trip to the grocery store unexpectedly took on meaning. In some of those first trips out to the supermarket, I shuffled slowly down each aisle, savoring sale signs and new products on the shelves. The grocery store (once just one stop in my busy day) became my day. Because I spent so much time in bed in the weeks after I was released, I became grateful for any trip outside of my house that even a trip down a pasta aisle became an interesting adventure.

I didn’t have to get exasperated when the new cashier took too long or someone cut in front of me in line. For the first time in a long while, I had all the time in the world. And it was OK to be interrupted and inconvenienced. I felt that the suffering I went through helped me to slow down the fast pace of my life and appreciate the ordinary moments I had once hastily rushed past.

In addition to helping me put the brakes on in my busy life, my miscarriage helped me find empathy for others’ suffering in a way I couldn’t feel before I went through my own painful ordeal. As my strength failed me, and I had to struggle through weeks of recovery, I suddenly was ashamed to remember how I treated the woman I had known who had experienced her sixth miscarriage. Rather than approach the awkward topic, I had simply circumvented it — and circumvented her.

I remembered rolling my eyes when reading about a friend’s bout with illness on Facebook — as this friend always seemed to be venting about a pain or malady. I recalled feeling very annoyed by another woman I knew who had limited her diet to just a few items in an attempt to not trigger her digestive problems. I had a total lack of compassion for these people because I had taken my own health for granted and couldn’t feel their pain without first experiencing my own. I hadn’t known what to say to the woman with the multiple miscarriages or the friend with the health issues or the woman with Irritable Bowel Syndrome.

Miscarriage helped me to remember what it felt like to suffer. I was surprised to find myself rushing over to my neighbor’s house to console her after her husband’s stroke — surprised to feel a surge of caring inside of me where before there had only been a selfish need to look out for myself.

Not only did I have an increase in patience and compassion after my miscarriage, I had an increase in spiritual awareness. As I mentioned, my miscarriage took a toll on my body, and I quickly realized right after my hospital release that I couldn’t walk without feeling horribly dizzy or weak.

At a follow-up visit a week later, I felt so horrible that I could barely manage the trek from the parking lot to the office. My hemoglobin level was at a 7.1 (a normal woman’s range is between 12 and 17).

Yet even in that depleted physical state, I felt God nudge me to speak to three different women at the doctor’s office within the same follow-up visit. I knew that I had a spiritual gifting in the prophetic and occasionally got a Bible verse or a few lines from God to share with someone, but those words came few and far between, and were usually for friends or family members. For whatever reason, right after my miscarriage, I began to get words of help or encouragement specifically for people in regards to their emotional or physical health. People I didn’t even know.

I had never considered that God might want me to minister to others in these areas. But out of my suffering was birthed an increased awareness in the spiritual realm and a desire to write these God experiences down.

One last gift that I felt came out of my miscarriage was a greater dependence on God. From the moment that I woke up and felt that something wasn’t right in my body to the moment I arrived at the hospital, I knew that I had nowhere to turn but God. On the way to the hospital I prayed, and felt peace. In the hospital, I prayed and had peace. And when I arrived home and faced the darkness of grief, I prayed and found peace. I really had no alternative. I was in a pit and knew that I couldn’t get out of it myself. I needed God!

Particularly, in the weeks following the loss, I was angry that this might be the end to my child-bearing story. The pregnancy had been unplanned, and I struggled to know why it had happened at all. What was the purpose? Why did it end this way? Would I ever have more children? I felt Him give me an answer, and it was a picture of His son dying on the cross: Jesus’ mangled, disrespected, sword-pierced body. I realized that God allowed His own son’s body to be abused and damaged for a purpose, and even out of that tragic event came the beauty of salvation for all mankind.

Although ugly to the onlookers at the cross, that body became beautiful and whole again once Jesus did the Father’s will and rose again. If God would allow His own son to go through such treatment, I could live with the suffering I went through in my baby’s death. He helped me get past those intense painful feelings of betrayal and hurt in the first few weeks after the loss, and even now, as I am reminded occasionally of my less-than-perfect circumstances.

God doesn’t really see things the way that I see them. While all I saw at the hospital was the damage of my baby’s not-yet-fully formed body, God saw something different: He saw who she was before she was even conceived. While I only saw a piece of her life, He saw the whole picture and still does.

I felt the imprint of her spirit on me that day in the hospital, and I wanted to see more. I asked Him if I could see a glimpse of who she was. I didn’t really expect to get an answer to my prayer, but for just a moment, I got a flash of a freckled-faced, laughing girl across the screen of my mind. I really felt for a second that I knew her.

Though I don’t wish that I had lost my baby or wish miscarriage on anyone else, as I look back, I am seeing the ways that God is bringing me good through a situation I once viewed as only bad. I am learning how God is bringing “beauty for ashes” and “a joyous blessing instead of mourning” (Isaiah 61:3 — NLT).

Update: One year after my miscarriage, I got pregnant again and birthed a healthy baby girl in May of 2016. I was supposed to have an ultrasound at 8 weeks, but there was a mix-up in appointments, and I saw her for the first time in an ultrasound at 11 weeks — the exact age of the one I lost. Seeing her happy, bouncing little body brought me so much healing. She has been a happy, energetic girl since the moment of her conception. Our daughter Ansley is now a busy preschooler and will turn 5 this month! 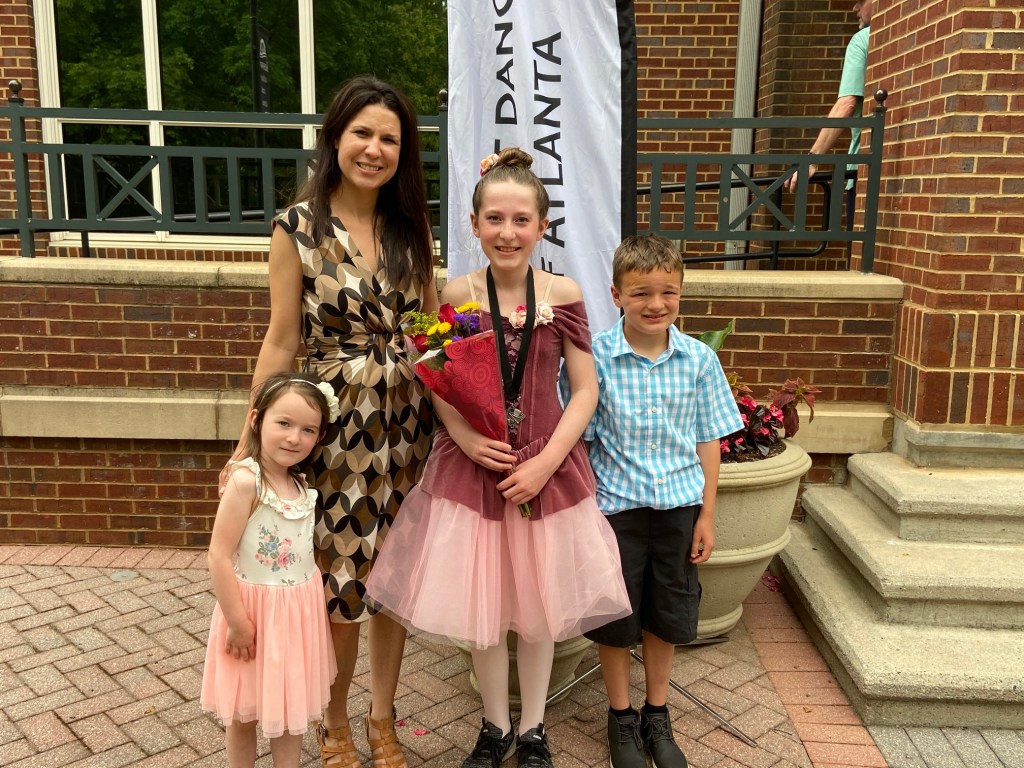 Here I am with my three children at my older daughter’s dance recital.

*Post updated and adapted from a post published July 24, 2015 on my friend’s blog at Running The Race Before Us.