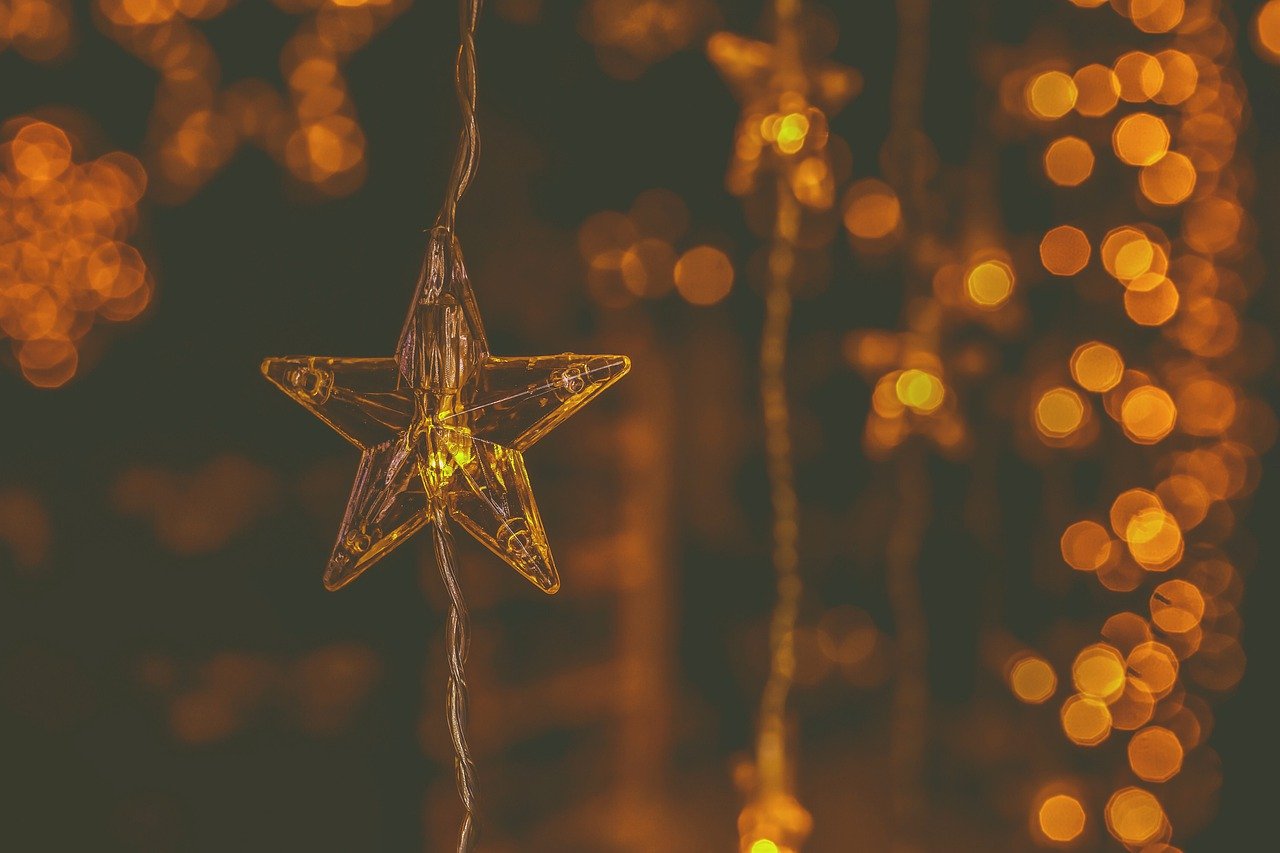 After they had heard the king, they went on their way, and the star they had seen when it rose went ahead of them until it stopped over the place where the child was. When they saw the star, they were overjoyed.” — Matthew 2:9-10

Last week, I posted an article on the wise men and announced via Facebook that I would not be publishing any more this week on my blog as I was exhausted from all of the demands of trying to make Christmas happen.

And then when a family member got sick, and I found out on the morning of Christmas Eve that I would need to step in and host Christmas day at my house, I figured that writing was out of the question — for several more days.

I would be lying in a coma somewhere in my house with my children running around unsupervised, and I would need at least a week to get functional enough to write.

I certainly would not be penning any holiday-themed posts again until next year. Or so I thought. As I expressed to God in my quiet time, I was just. so. tired.

Turns out, I wasn’t quite done writing about them.

I felt God gave me a few more observations about the magi’s story that are pertinent for any time of the year that I would like to share before we move past the holiday season.

1. He speaks our language.

God does that with us, too. He promises to be found by those who seek Him, and He speaks your language. He knows what exact questions and doubts you have, gifts, struggles, conflicts. He fashioned your very brain. He knows what will draw you to Him.

My pastor once gave an example of when he plays hide-and-seek with his children. He knows how to hide in difficult places, but because his kids are small and give up easily if he doesn’t give them hints as to his hiding places, he lets them find him.

With God, it is the same way. He doesn’t remain hidden if we look for Him. I am a words person. I never really thought about it before, but that is how God primarily communicates to me. Through words.

I sometimes get around people and have a specific word flash into my mind. I get ideas for posts throughout the day or at night, and it will just be a download of thoughts. Oftentimes, a stream of words will come to me after watching a movie or reading a book. And I know it’s from Him.

Others have different ways of experiencing God. Some get pictures in their mind, dream vivid dreams, or feel Him best when they are running or out in nature.

There are a thousand ways God pours out Himself so we can find Him. It is because of His great love for us that He does it in a way that will communicate to us personally.

As I mentioned in a previous post about a widow and the prophet Elijah, God chooses unlikely candidates. The wise men were astrologers from a far away Arabian land. There were several more pious men closer to the birth place of Jesus that God could have chosen, but God instead selected these particular magi.

In fact, the rather embarrassing reality is that these magicians were searching for Jesus when the Jews weren’t even looking for Him. The Jews knew of the prophecies and the predictions, and yet it was these magi that God used to follow His star to His Son.

God chose not only the wise men, but some unlikely subjects in the shepherds (Luke 2:15) and Simeon and Anna (Luke 2:25-38) to come and celebrate his son’s birth. The fact that He selected persons from all ranks and walks of life makes one message abundantly clear: The Gospel is for everyone. The Gospel isn’t just for church people. It wasn’t just for Jews, His chosen people. It was for common shepherds, sorcerers — everyone.

Although Christ is exclusive in the sense that He offers a narrow path of salvation — Himself — He extends this offer to all.

Again, we see through his placing of the star for the wise men to find, a Creator who greatly loves His creation. Not only does He let us find Him when we are looking, He initiates the search by coming to pursue each one of us.

3. The star isn’t just for the Christmas story.

I used to think that the star was just a unique feature of the Christmas story — something God deposited in His narrative to make the backdrop of his Son’s birth more beautiful. However, the star didn’t just guide those men on their journey. As Henry notes, the “day-star arises in the hearts” of all who seek Him.

I used to worry and sometimes do still worry that I will miss God’s will for me, but the truth is that if I am abiding in Him and walking with Him, I will know the way to go. Just like the star guided the wise men to Jesus’ home, by making Jesus at home in my heart and seeking out His guidance on a daily basis, He illuminates the way for me.

By making Jesus at home in my heart and seeking out His guidance on a daily basis, He illuminates the way for me.

He shows me the path I should take by surrounding me with resources that answer my questions; by speaking directly to me during my quiet time through Scripture; by speaking through pastors and other mature Christian friends through sermons and conversations; by filling my mind with dreams that warn me of future events. These are all ways God leads me like a kind shepherd. As Isaiah 30:21 says: “Whether you turn to the right or to the left, your ears will hear a voice behind you saying, ‘This is the way; walk in it.’ ”

Since launching a blog, I have experienced a whole lot of pressure. I have readers looking to me for new content every week and these questions fill my mind at times: What am I going to write about? How will I know what to say?

Without fail, when I spend time with Him, my mind floods with inspiration related to the Bible passage or devotional I just read or the lesson He is currently teaching me. My biggest problem is not having something to say but being diligent about writing down the thoughts when they come.

When I get lazy and don’t record them, I have to ask God for them again because I can’t remember what He told me.

Interestingly enough, the wise men’s star stopped once the wise men reached Herod, and they didn’t get discouraged but instead took it upon themselves to inquire about the child. And once they did, the star rose again for them.

As Henry notes, if we are doing what we have in our power to do, God graciously shows us the next step and makes his star reappear when we need it.

The wise men observed the star with great joy when it showed up again, and so it is with us on our journey with God when we are seeking answers, and He reveals what we have been seeking so we can take the next leg of the journey.

A few days ago, I was flat-lined from holiday preparations. It wasn’t until God wakened me from my sleep to re-energize me and whisper His thoughts that a blog post began to take shape.

Just like the wise men were happy when the star that had disappeared showed back up in the sky, I got pretty excited when God gave me fresh illumination and direction for a piece I was too weary to write.

When I look for Him, He will show me the way.

As Jeremiah 29:13 says, “Then you will call upon Me and come and pray to Me, and I will listen to you. You will seek Me and find Me when you seek Me with all of your heart.”

Ever been in a bad situation and it just gets worse? Join us for our brand new series “Hope When You’re at the end of Your Rope: Lessons From Ruth on Trust, Surrender, and Healing.” In the study, we will look at the story of Ruth where will draw lessons the next few weeks on the hope we have when life gets hard, and we feel abandoned and in need of rescue.

Check out the following posts in the series: Part 1: “Why God’s Way is Always Best,” Part 2: “Pushing Past Our Breaking Points to Do the Will of God,” Part 3: “The Blessings of Following God,” and Part 4: “Trusting God When It Doesn’t Make Sense.”