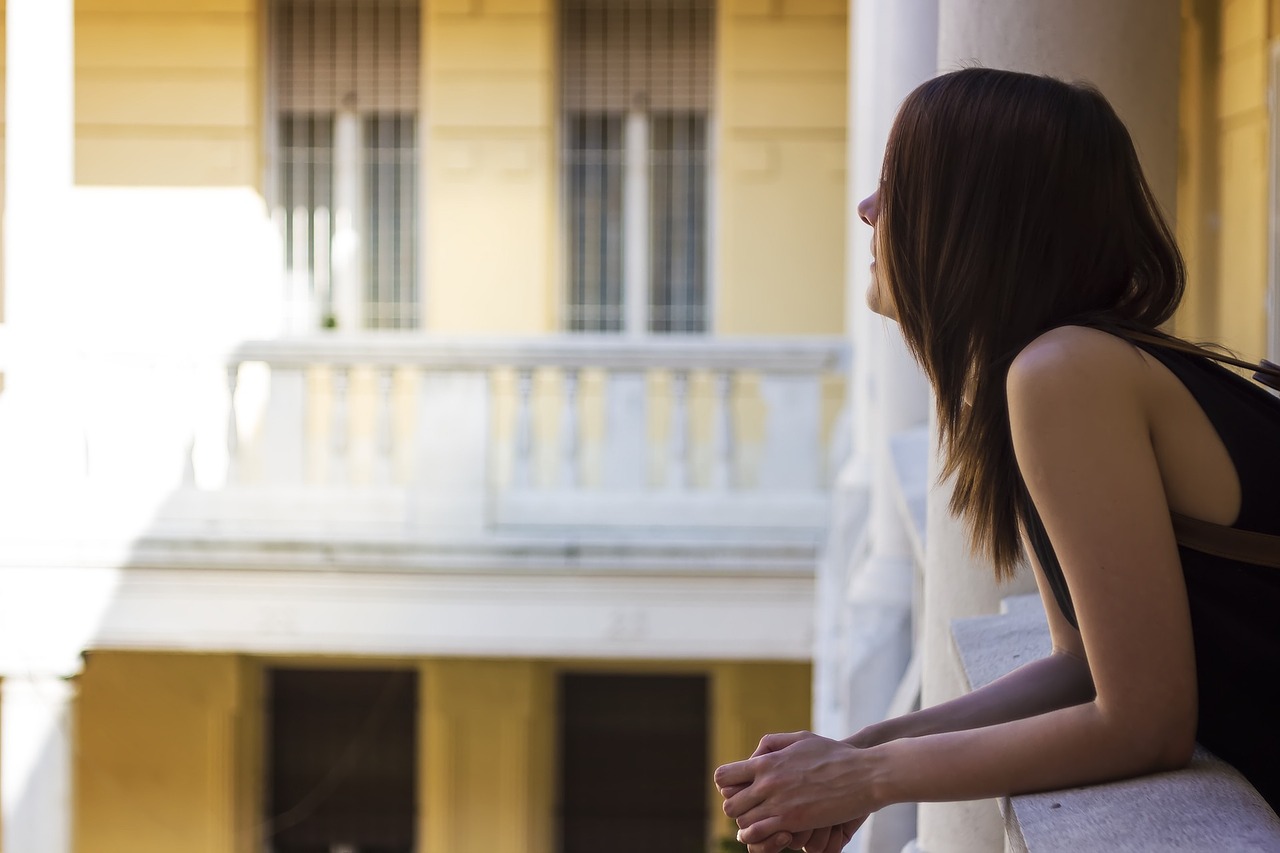 It is easy when times are good to say we trust in the Lord, and He is a good God. But how about when times are bad? Can we still say those words then?

When chaos takes place in our lives, when circumstances aren’t going as we would want, proclaiming God’s goodness and faithfulness is much more difficult. Some of us have been through or are going through such tremendously hard situations.

Oftentimes, there are layers to our trials. We have multiple problems occurring on multiple fronts; it can be overwhelming. We may feel crushed down by the weight of them. Paul said on his journey in Asia: “We were under great pressure, far beyond our ability to endure, so that we despaired of life itself” (2 Corinthians 1:8). So deep was the agony, so great the torment and trials, Paul didn’t know if he would find his way through them. And yet, he persisted and put his full trust in Christ.

Unbeknownst to him, prior to his devastating loss, a discussion happened in the heavens between God and Satan. God gave Satan permission to afflict Job’s possessions and family. Then, to add insult to injury, God granted Satan permission to afflict Job’s health. Job’s body broke out in painful boils. Job’s suffering was so great, he cursed the day he was born. His wife suggested he curse God as well, but Job replied, “Shall we accept good from God, and not trouble?” (Job 2:10). Job was unwilling to abandon his faith even in the midst of heavy trials.

To make matters worse, Job’s “friends” came to sit with and comfort him; however, they made Job feel even more terrible by heaping blame on him for the tragedy that had fallen on him. Although each friend had a slightly different view, they all arrived at the same conclusion: Job’s suffering was due to sin. In order for him to get out of his situation, he needed to confess his sin.

Talk about a miserable time for Job! His wife abandoned him emotionally when he needed her most, his friends told Job he was to blame for the trouble that had happened (even though that wasn’t the case), and Job stood accused by everyone close to him in his life.

No one understood or supported him. He was not even sure of what God thought of him initially. We can learn a few ideas from Job’s journey of suffering.

On a side note, these points are those I’ve loosely based on the information from a Suffering and Sovereignty study from the First5.org app from Proverbs 31 Ministries. I’ve been reading the study these past few weeks, and even as I’ve chosen to talk about the concepts in a slightly different way, they are those I developed while going through the study.

1. Suffering falls on the righteous and the wicked.

While clear connections can sometimes be drawn between our actions and the events happening in our life, sometimes they can’t. Certainly, the Bible talks about God bestowing blessings on the righteous and evil on the wicked. Psalm 51:12 says, “Surely, Lord, you bless the righteous; you surround them with your favor as with a shield.” Proverbs 33:3 says, “The Lord’s curse is on the house of the wicked, but he blesses the home of the righteous.”

However, the book of Job reveals a more complicated view of suffering. Sometimes the wicked flourish with no recompense and the righteous suffer through no fault of their own.

In both scenarios, God is still sovereign and in control. We as Christians must accept both good and bad — knowing He allowed both in our lives. That doesn’t mean we let people abuse us or mistreat us, let ourselves be passive doormats, or resign ourselves to situations that are not God’s best for us.

However, we understand that suffering is part of the Christian experience. We also understand that eventually, a man’s evil will catch up with him. He will be judged for his wrong and suffer the consequences of his disobedience against God.

2. Friends are good, but only One will never abandon us.

Friends are good, but we can’t always rely on them to say the right things or know what to do when trouble comes into our life. As we see in Job’s story, Job’s friends meant well, but they had no knowledge of what was really going on. By Job’s response, we see that their words did not comfort him and did not ring true for him. Similarly, we will have people completely misunderstand us and offer us advice we shouldn’t take.

The only way we can know what to do and find true comfort is to turn to the only One who will not abandon us. We may feel like God is far off and silent, but He is close to the broken-hearted (Psalm 34:18). God is the only One who will have an accurate perspective of each situation we face. We can easily be lead astray by friends with good intentions who give us human wisdom and logic — maybe even a few Bible verses thrown in that might be right in another scenarios. We need to seek and listen to God’s voice above all others.

It can be scary to be the one voice in a situation that is dissenting when everyone else is assenting. We may think something is wrong with us if we are the only one offering a different point-of-view. However, sometimes our Christian faith walk requires us to think and act differently than those around us. Sometimes differently than even our Christian friends and family members.

The voices around us may tell us we’re wrong, that we’re not in God’s will, that we have brought the suffering on ourselves. But what is God telling us? At times, God will pinpoint an area of our life that He’s working on. His methods for bringing this to our attention may be extremely painful. However, other times the suffering we go through is not necessarily brought on by our own choices, but rather allowed for reasons only God knows.

3. God doesn’t expect us to be stoic in our suffering.

Job didn’t curse God, but he was not emotionless or stoic in his suffering. He attempted to process through what was happening by pouring out to his feelings to God and his friends.

Similarly, it’s OK in our pain to express how we feel, to be honest with God. Job basically wanted to die, and He told people that. He didn’t try to play the religious role and pretend like these events weren’t devastating to him. He poured out his pain to others and told his friends what he thought of their comments.

In our own pain, we need to tell God how we truly feel. We don’t need to gloss over our feelings or pretend they are not there. We can be truthful with God. He can handle our grief and raw emotions. Certainly, Job went a little too far towards the end of the book of Job by accusing God (rather than just raising honest questions). However, we can learn from Job to take our questions to God and wrestle through our grief — rather than pretend it doesn’t exist.

Conclusion: God’s Purposes Are Supreme Through Our Suffering

Jesus told his followers before leaving the earth that they would have trouble, but to “take heart” because he had “overcome the world” (John 16:33). As Jesus’ followers, we will share in His suffering.

While our suffering can happen as a result of our sin, at times we will suffer without knowing the reasons or causing the suffering in or own lives. In those periods, as hard as it may be, we need to cling to God, ask Him our hard questions, but say as Job did, that we will accept both the good and bad seasons God allows.

I know that you can do all things; no plan of yours can be thwarted. You asked, ‘Who is this that obscures my counsel without knowledge?’ Surely I spoke of things I did not understand, things too wonderful for me to know. You said, ‘Listen now, and I will speak; I will question you, and you shall answer me.’ My ears had heard of you but now my eyes have seen you. Therefore I despise myself and repent in dust and ashes.

Ultimately, as the NIV Study Notes state, Job decided that God and His purposes were supreme, and he simply surrendered to God’s plan for him, which included suffering. After this, God made his friends go to back to Job. Job prayed for them, and his fortunes were restored.

Also in the NIV Study Notes, it says: “God does not allow us to suffer for no reason, and even though the reason may be hidden in the mystery of his divine purpose — never for us to know in this life — we must trust in him as the God who only does what is right.”

In other words, when our circumstances are such that they feel out of control, we have a God we can rely on and trust because His purposes for us are always good (Romans 8:28), even if they don’t feel good. Like Job, we can wrestle with God in our pain and request that God take the difficulty away. Ultimately, though, if He doesn’t — and we know our suffering is not a result of our own folly — we can trust that God has a reason to allow it and will bring good in our life through it.

In addition, we see Job say something very interesting in response to God. He said that he had “heard” of God, but due to this experience he had “seen God” (Job 42:5). Similarly, in our pain, however great, we will have the opportunity to learn more of God as we share in His suffering.

In conclusion, then, what we can say about God’s whereabouts when we suffer is that God has not abandoned us. As believers, we can be assured of this truth found in Scripture: God is with us, a constant friend (Matthew 28:20; John 15:12-15).

2 Corinthians 5:14: “Therefore we do not lose heart. Though outwardly we are wasting away, yet inwardly we are being renewed day by day. For our light and momentary troubles are achieving for us an eternal glory that far outweighs them all. So we fix our eyes not on what is seen but on what is seen.”