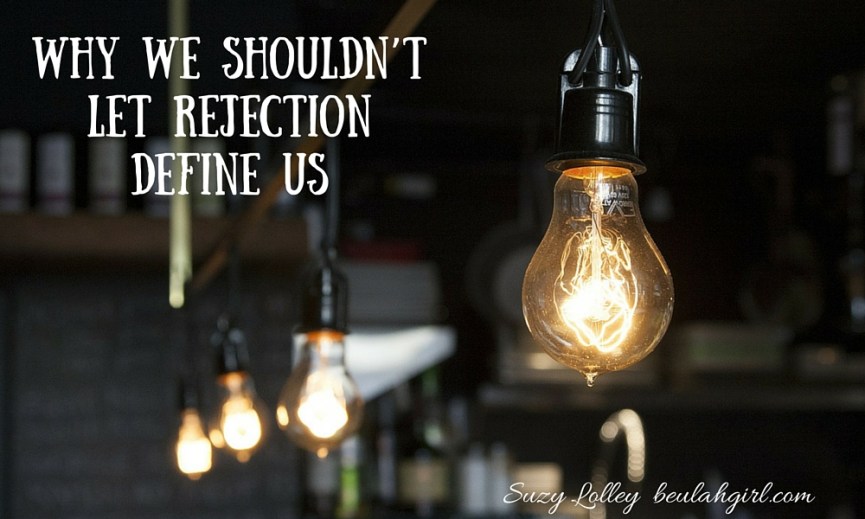 I was a classroom teacher in middle and high school for eleven years. A few years ago, I arrived early to my school’s faculty meeting. That was very unusual because while I enjoy being up in the morning, I’m usually not an on-time-in-the-morning kind of person. I was the very first one there, so I had my pick of a seat.

I sat down, and as people came in, I asked if they wanted to sit with me. The first group that I asked said, “I’m sure someone will sit with you.” Another pair of teachers came in, and I offered them seats as well. They replied that they were sitting with each other. Mind you, they could’ve sat with each other and with me. The seats all around me were literally wide open. I have not felt so rejected since probably middle school.

I texted my husband with tears in my eyes, careful not to let anyone see them. I told him the story, and he could not believe that I was dealing with adult mean girls. I have never been one to sit and have a public pity party, and so I went and sat down with another group of teachers in the front.

Is rejection a new thing? Is it just something women experience? The obvious answer is no. In Chapter 53, the prophet Isaiah said that Jesus was acquainted with our sorrows and that He was despised and rejected. He suffered the ultimate rejection when His own people that He came to save nailed Him to a cross. Then, beyond that, all his disciples, the ones He knew intimately and walked with and loved for three years, pretended they didn’t even know Him. Every single one ran away in His most desperate hour.

My story is of course a lot less dramatic than the story of our Savior being rejected. Besides the rejection story I shared here, I could tell you others from middle school or from adulthood, but they never would compare to what Jesus went through. But what I love about Jesus is that He doesn’t make us feel silly when our problems aren’t as big as His or as big as others’.

He simply cradles us and helps us overcome them. As I told my husband the other day, I feel like I’ve lost a lot of my resilience, the ability to bounce back from rejection, but I don’t think it has to be that way. Let’s discuss some ways that you and I can overcome the pain of rejection and help others who are hurting as well.

Three Ways to Bounce Back from Rejection

1. We have to remember that in most cases of rejection, it’s not us the person is rejecting.

In my new job as a technology trainer, it is highly likely that the people that I’m training didn’t want to be trained to begin with. They are teachers who are overloaded, stressed, and trying to placate whoever is making the current demands. They may take that frustration out on me, but it’s not me they’re rejecting, and I have no right to take it personally. As a matter of fact, if I do, I’m only hurting myself.

John Bevere would call that opportunity to be offended “taking the bait,” in his book, The Bait of Satan. I have to make the same choice not to engage in offense when I’m rejected as a Christian. It’s really the message of Jesus that is being rejected, not me. I have to love people, as Jesus told us in Matthew 5:44, even when they “despitefully use me.” Those are the people to keep on praying for the most, not hold a grudge against the most.

2. We have to realize that in most cases people don’t want to be the way they are.

They are rejecting us because they are rejecting themselves as well. If I lash out and I’m hateful to you, it’s usually because there’s something I don’t like in me. I will probably write more about this later, but when I was in college, I went through a major depression. I talked to my future husband Dusty in some ways that would have made any lesser man run in the opposite direction.

It wasn’t him I was angry at; it was myself, but because I kept repeating a sin cycle that caused my depression to persist, and felt powerless to escape, I “had” to vent somewhere, and he was the recipient of that venting. I know I’m not the only one who has exploded on others because of her own self-loathing.

Ladies, if you’re in that boat, there is hope. But while we’re getting that hope for ourselves, let’s extend it to others as well. They may be hurting and need someone who won’t run away, even when they behave badly and reject you.

3. It is inevitable that we will all continue to feel rejection, but we do have to be resilient.

If we are rejected and we hide from the possibility of being turned away, it will tempt us to build up walls that will prevent us from ever really loving people. We can’t love people if we won’t let them in, and we also can’t reject new people as a punishment for those who have rejected us in our pasts.

I love this Scripture: “Little children, let us stop just saying we love people; let us really love them, and show it by our actions.” These were the words of the disciple John, and he knew what it felt to love Jesus, God in the flesh, but he also knew what it was to be rejected and persecuted in the most intense ways for his faith. If John could be boiled in oil, alive, and then be exiled to a lonely island and still love the Lord, I think we can find it in ourselves to get out of rejection’s pit and love again.

The story of the faculty meeting will always stay with me. So will those times I was picked last in gym class (who lets kids pick teams anyway?) or the many times I’ve discipled people who later rejected the truth and turned the other way. But just because I remember those stories doesn’t mean I have to be haunted by them. 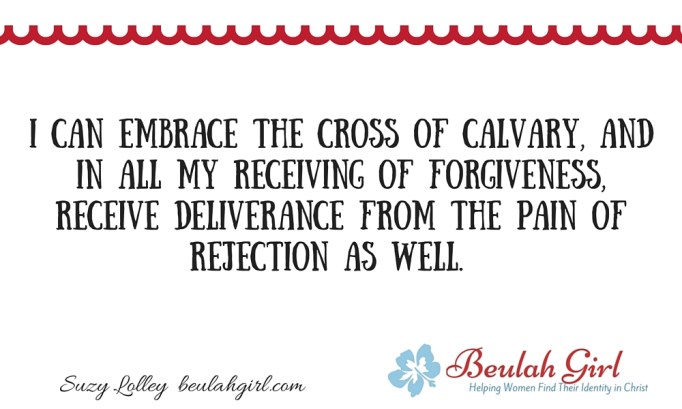 Sweet Friend, are you feeling rejected? Have you been healed of rejection? The women on this site would love to hear from you and be encouraged or join you in prayer. Please leave a comment below or join us for a live Blab chat on rejection Monday, April 25, @ 9 or watch the replay.