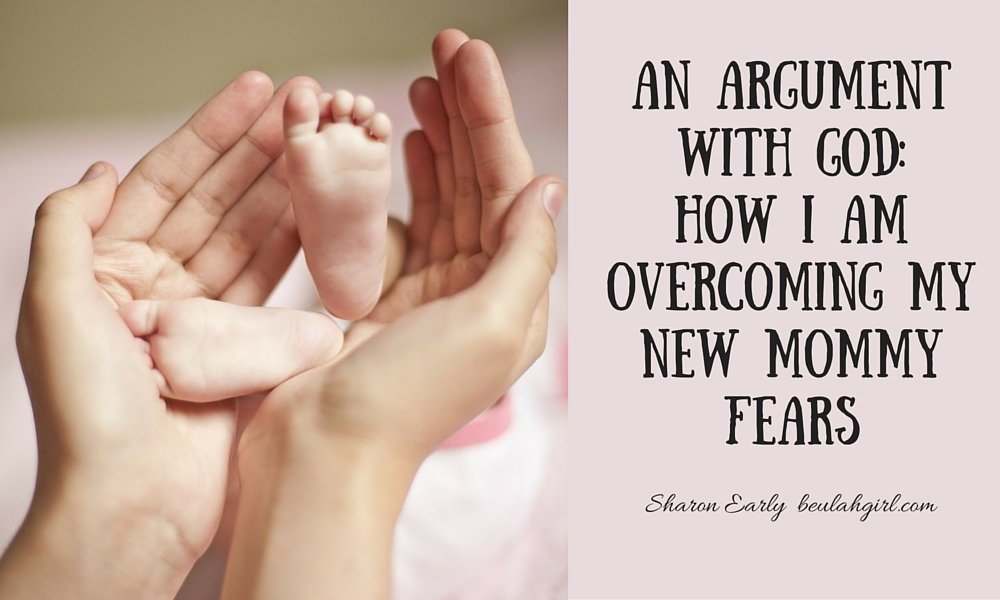 I have done a few things in my life that people have deemed “scary.” I have gone scuba diving with sharks many times and traveled to a foreign country completely alone. I married my husband with the intention of moving to Africa with him shortly after our wedding, despite having never lived more than 45 minutes from my childhood home. I love to go to the local pet store and cuddle the snakes. I think they’re cute. Truly, I can’t think of many things that scare me, except one.

All my life, I was absolutely terrified of being a mother. Being responsible for a fragile, innocent human life without somehow screwing it up in a major way seemed impossible. Even now, with a 7-month-old, I am absolutely terrified of being a mother. I love my daughter more than words can describe. Prior to having her, I miscarried three babies, so her mere existence is miraculous. She is my most precious gift from God. And I’m scared of her.

She was born 3 1/2 pounds. She lived in the hospital for a month, and during those weeks I woke up at night to “feed” a breast pump instead of my baby. We visited her every day, gingerly cradling her tiny frame. We became accustomed to sharing her with the doctors and nurses and learned how to hold her as closely as we could without tangling the wires attaching her to the monitors that told us she was alive.

And then, one day, at 4 1/2 pounds, she came home. No more doctors, no more nurses, no more monitors. I had been scared while she was in the NICU, but the fear was intensified with every visitor to our house, every hand that touched her, and with every noise she made. How could we care for such a tiny baby? How could we keep her alive? I knew nothing about babies. One of our daughter’s nurses had to teach me how to change a diaper. At home with the tiniest human I’d ever seen, I panicked over every spit up, every tummy ache, and every cry. I begged my husband not to go back to work. I wanted someone else to take care of her. I couldn’t do it.

She weighs 14 pounds now, and I’m still afraid. Afraid of her getting sick, afraid of dropping her, afraid she will stop eating. Sometimes, I don’t even know what I’m afraid of. There are times I feel like I’m hitting my stride, like everything might be OK, but most of the time, I feel ill-equipped and totally incapable of being her mother. She’s perfect and precious, and how could I ever be qualified to guard and protect such a treasure?

My prayers largely consist of desperate cries to God. “I can’t do this! I’m going to fail! I’m a terrible mother, and I’m not good at this! Why did you choose me?”

One of my favorite animated movies is The Prince of Egypt. The story of Moses and the burning bush can be found in the third chapter of Exodus, but I love the depiction of that event in this movie.

In the following scene, Moses has been commanded by God to deliver an entire race of people from slavery. And not just any race of people — God’s prized, chosen children. It’s an impossible task to Moses, and naturally, he argues:

God: So I have come down to deliver them out of slavery and bring them to a good land. A land flowing with milk and honey. And so, unto Pharaoh, I shall send … you.

Moses: Me? W-who am I to lead these people? They’ll never believe me; they won’t even listen!

God: I shall teach you what to say.

Moses: But I was their enemy. I was the prince of Egypt, the son of the man who slaughtered their children! You’ve chosen the wrong messenger! H-how can I even speak to these people —

God: WHO MADE MAN’S MOUTH? WHO MADE THE DEAF, THE MUTE, THE SEEING OR THE BLIND? DID NOT I? NOW GO!

God: Oh, Moses. I shall be with you when you go to the king of Egypt. But Pharaoh will not listen. So I will stretch out my hand and smite Egypt with all my wonders! Take the staff in your hand, Moses. With it, you shall do my wonders.

Then, the God of creation whispers gently to His precious child.

God: I shall be with you, Moses.

I identify with Moses here. Not because I have ever been given the task of leading an entire nation, but because I have felt the crushing, hopeless feeling of inadequacy.

The real truth is that there isn’t a woman on the planet more qualified to raise my daughter than I am. I came into this knowing nothing about caring for a child, and yet, there is no one more fit for the job of Mellie’s mother than I. That’s the way He designed it all. She grew inside my body, she was born from my body, she was fed from my body, and when her eyes meet mine, the sparkle there speaks of a bond no one else will ever have with her. We are connected. Forever. Our Creator planned it that way. 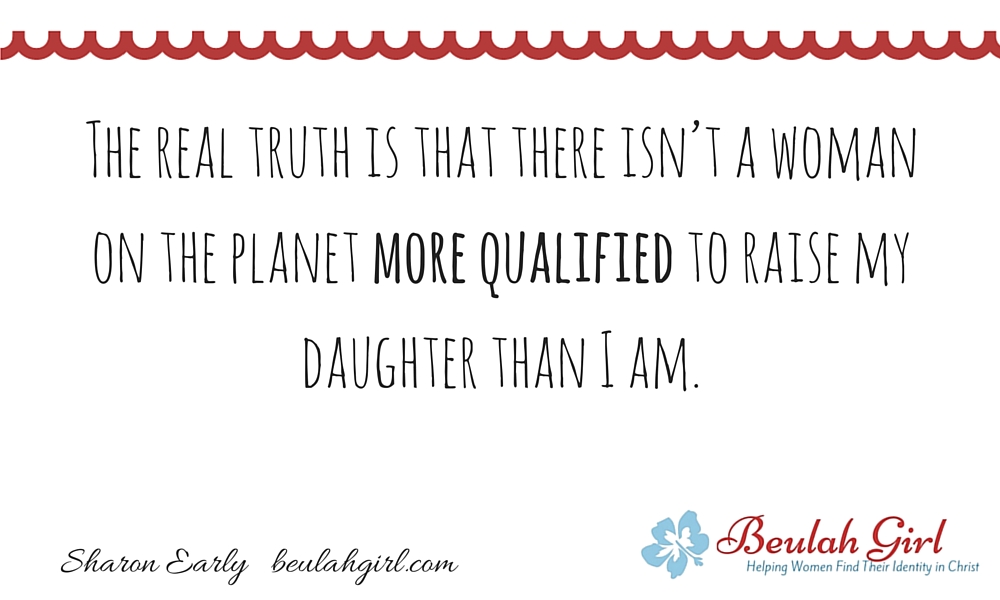 So, when I cry out to God that I just can’t do it, that the weight of this responsibility is more than I can handle, perhaps what He says sounds something like this:

God: WHO MADE YOU? WHO MADE HER? WHO FORMED HER IN YOUR WOMB, AND YOU IN YOUR MOTHER’S? DID NOT I? NOW GO!

And then, maybe His voice softens.

The fear doesn’t dissipate immediately. The anxiety doesn’t totally disappear. But the truth remains. Mellie needs me, not another mother. And I need her. God doesn’t tell me how it’s all going to work out. He just tells me to go. God doesn’t tell me the work is going to be easy. He just tells me to be strong and do it (1 Chronicles 28:10). Yes, I’m lacking. Yes, I’m weak. But according to His Word, His power is activated, made perfect, by my weakness (2 Corinthians 12:9). I just have to go.

God didn’t give Moses all the details, but He walked before him, showing him the way, doing the miraculous just when things seemed the bleakest. And hasn’t God always done that for me? Didn’t he already save Mellie’s life and mine seven months ago when things spun far out of our control? What reason have I to doubt Him now, to question what He is capable of? Or what He is capable of through me?