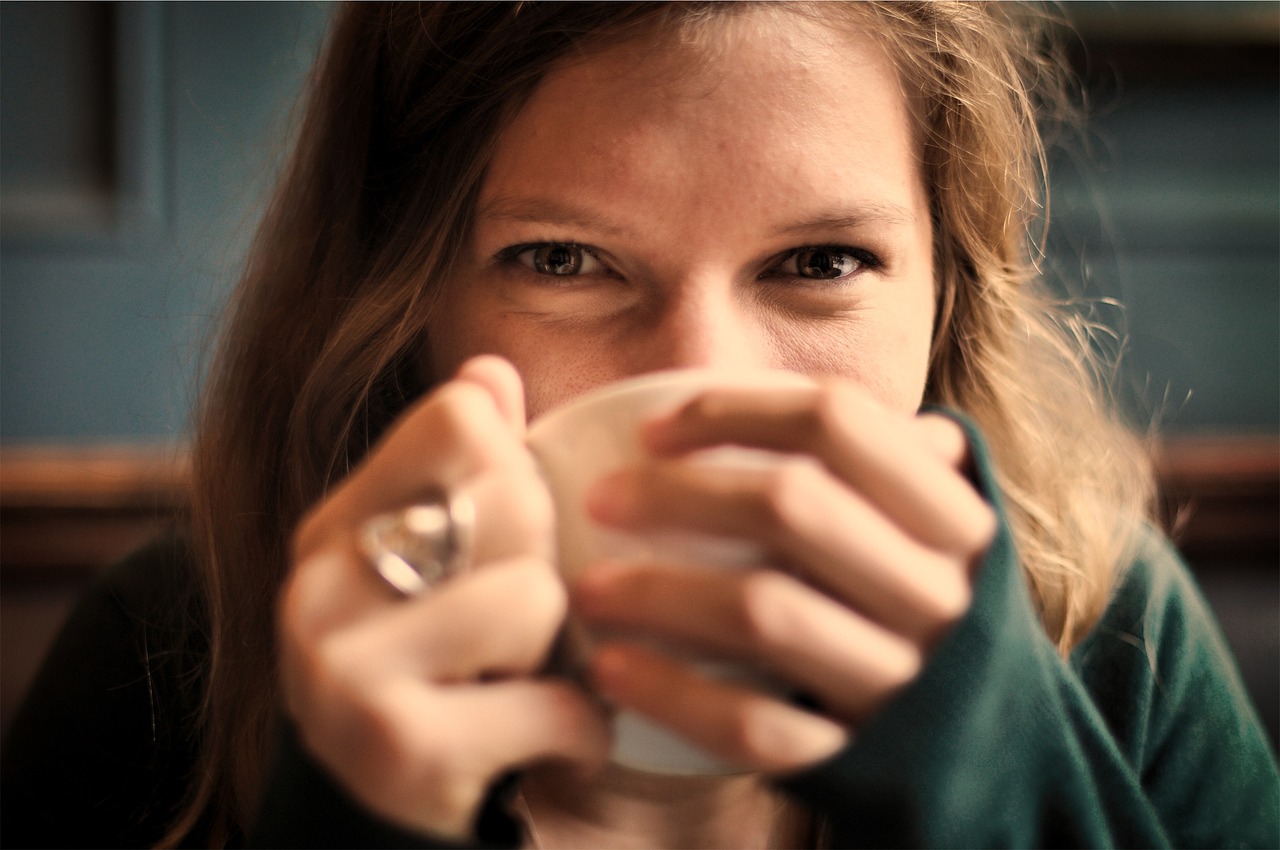 Several years ago, a television show that gained a lot of popularity was “Extreme Makeover: Home Edition.” In the show, a family who had fallen on hard times was whisked off for a vacation and their house, in the meantime, was rebuilt from top to bottom. I believe that the show was so popular because people love to see a reversal of fortunes — a turnaround where they can see a person move from a desperate situation to prosperity.

Perhaps it gives the viewers watching hope and inspiration to apply to their hard situations of life — they can believe someday things are going to change and get better.

Zechariah: A Man Who Fell Into Unbelief

Insert the story of Zechariah. He is told that a reversal of fortunes will occur in his life and grant his long-held desire for a child, yet, he doesn’t believe the message when it comes.

Selected by lot, Zechariah goes to the temple of the Lord to perform his priestly duties of burning incense and sees an angel standing at the right side of the altar of incense. Notice the events that transpire in Luke 1:12,13, 18-21:

When Zechariah saw him [the angel], he was startled and was gripped with fear. But the angel said to him: ‘Do not be afraid, Zechariah; your prayer has been heard. Your wife Elizabeth will bear you a son, and you are to call him John. He will be a joy and delight to you, and many will rejoice because of his birth, for he will be great in the sight of the Lord … Zechariah asked the angel, ‘How can I be sure of this? I am an old man and my wife is well along in years.’ The angel said to him, ‘I am Gabriel. I stand in the presence of God, and I have been sent to speak to you and to tell you this good news. And now you will be silent and not be able to speak until the day this happens, because you did not believe my words, which will come true at their appointed time.’ Meanwhile, the people were waiting for Zechariah and wondering why he stayed so long in the temple.

A few things that we can observe:

1. Even righteous men can fall into unbelief.

Zechariah is described as a righteous man, and yet, he falls into unbelief. When the angel gives him the incredibly exciting news that he will receive the child that he has prayed for, he asks, “How can I be sure of this? I am an old man and my wife is well along in years” (v. 18). I can imagine that Zechariah had resigned himself to a situation that he didn’t believe would ever change. He had prayed for many years for a child, and now, as an old man, he could not comprehend how his situation could turn around. From a natural point-of-view, the situation was impossible. He and his wife were well past child-bearing age, and yet, the angel was clear that they would have a son and his name would be John.

Surely such an announcement would elicit excitement it its recipient, but perhaps years of disappointment and dashed hopes had worn Zechariah down so that he was unwilling to emotionally invest himself in an event that sounded just a little too good to be true. Therefore, his response to the angel is not, “Yes, let it happen just like you said,” but rather, “How can I be sure of this?” (v. 18). Can we blame him? When circumstances have been dark for so long, can we dare to believe that they can change? As this story reveals, yes, we can!

2. God wants us to believe Him.

It sounds so simple to believe God’s words are true, but it’s not so easy when His words predict events that look utterly impossible. Of course, in this passage, God speaks words that would fulfill a dream for Zechariah, but God sometimes speaks words that we don’t want to hear. He may give us instructions that are hard or lead in a way that we don’t want to go, and it’s easy in those times to act like we didn’t hear Him or we don’t know what He is saying to us.

In any event, whether we like what God tells us or not, God wants us to trust Him. In Mary’s story, when she goes to see Elizabeth after hearing that she will be impregnated by the Holy Spirit, Elizabeth announces upon seeing Mary, “Blessed is she who believes that the Lord would fulfill his promises to her!” (Luke 1:45, emphasis mine).

Did you catch that? Mary is “blessed” because she believes. The word “believes” here in the Greek means “to believe, have faith in, trust in, or entrust one’s self to.” It means to be fully persuaded of something and it is not merely a passive thought. Rather, the word here is a verb and represents a belief that affects everything a person does. Here, Elizabeth praises Mary for accepting what God has said will come to pass and fully entrusting her life to her Savior.

In looking at Mary’s response and the praise given to her, the message to us is that we need to model ourselves after Mary and accept what the Lord tells us, no matter how hard it is for us to wrap our minds around His words. Although God is the One who performs miracles, we usher in the blessings of God by accepting what He tells us, and we can at times delay or thwart these blessings with our unbelief (John 6:29; Matthew 13:58).

3. God wants to restore our belief if we fall into unbelief.

But note this: Zechariah’s speech and hearing return when he exhibits belief. Note what happens in Luke 1:59-64:

On the eighth day they [neighbors and relatives] came to circumcise the child, and they were going to name him after his father Zechariah, but his mother spoke up and said, ‘No! He is to be called John.’ They said to her, ‘There is not one among your relatives who has that name.’

Then they made signs to the father, to find out what he would like to name the child. He asked for a writing tablet, and to everyone’s astonishment he wrote, ‘His name is John.’ Immediately his mouth was opened and his tongue set free, and he began to speak, praising God.

Did you notice the connection? When Zechariah writes down the name of his son, he shows his belief in God’s words delivered by the angel and “immediately his mouth [is] opened and his tongue set free” (v. 64). Neighbors and friends think it odd the name they had selected because there is no one with that name among their relatives, but Zechariah chooses not to abide by the expectations of those around him, but obey the Lord.

We can take hope from Zechariah’s response and not despair if we can point to circumstances that have come because of our unbelief. Maybe we can currently point to a trial that is in our life because we simply didn’t believe what God told us and went our own way, but we can find hope here that God is merciful and will not leave us in our trial.

If God gave Zechariah, under the old covenant, mercy, how much more do we have the mercy and help of God under the new covenant? Jesus is our sympathizer and suffers with us in our trials. Ultimately, whatever trials we face because of our unbelief are meant to bring us back to belief and teach us what we did not choose to embrace the first time around.

Sometimes the pain of years of disappointment or failure in an area can make us believe that we will never receive what we have been praying for or our situation will never improve, but the story of Zechariah shows us that with God anything is possible. Zechariah and Elizabeth were too old to have a child. They had no reason to believe in the natural realm that they would have one. It was impossible! But it wasn’t impossible for God.

Friend, are we looking at our impossible circumstance with eyes of faith or eyes of doubt? When tempted to fall into unbelief, we can remember that nothing is too hard for our God and no word that proceeds from His mouth will ever fail (Luke 1:37).

When tempted to fall into unbelief, we can remember that nothing is too hard for God.

This is the second post in a brand new series called “What Happens When We Believe God’s Words Are True.” Check out Part 1 from last week: “When You Need a Miracle,” where we talk about signs and miracles in the Bible and King Hezekiah, a person in need of a miracle. Stay tuned the next few weeks as we look at several individuals in the Bible, including the Christmas story, who received a message from God or a miraculous intervention. We will examine how they responded and what we can learn from their stories.

Want to read more about conquering unbelief? You might enjoy “What It Means to Walk by Faith, Not Sight.”