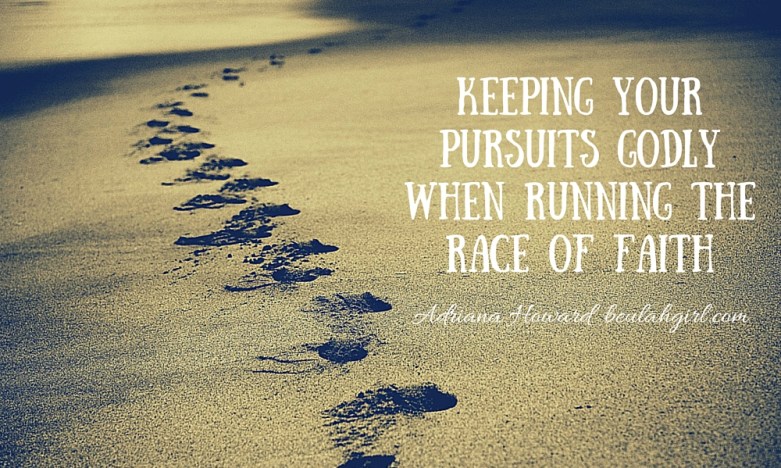 “Ennui” is the impatience and general disappointment that comes with not doing whatever it is you really want to do, and I’m certain it has been a constant companion of mine since childhood. I came out of the womb with a lot of ambition, and that desire to be doing something great never really went away. I settled it around the second grade that I wanted to be a writer. I loved words, and I wanted to write books that people loved.

Unfortunately, my other aspirations were ridiculous. I wanted to be a spy à la Harriet and slink around my apartment complex in a yellow rain jacket jotting notes like “They’re onto me.” Not too long after that, I felt so strongly about my chances at becoming a singing sensation that I traveled door to door and asked people for money in exchange for songs. Furthermore, I was bummed when I realized that all of the calculated focus spent on my Jedi training was useless because Jedi weren’t even real.

No matter where I was in my life, I was always pushing myself forward, enchanted by this idea that one day, far into the future, I would meander into what I was meant to do. And because there was no way that God could mean for me to live an ordinary life, whatever it was would be grand.

I grew older and my ambitions veered into more socially acceptable directions. I spent some time wanting to study medicine in order to become a “blood up to my elbows” kind of trauma surgeon. After that, I was determined to become a theater actress, but that fizzled out when I went to college. I still maintained hopes about writing although it seemed so ludicrous that I relegated that dream to a fanciful hobby, and I decided to study teaching instead.

But even after graduation, I kept my sights on something higher — the next big job, the next big adventure, etc.

Looking Into the Future: What Is the Prize You Are Chasing After?

Over the past few years, my husband and I have toiled over what God had for us in the future — children, missionary work, ministry endeavors, adoption, joint business ventures, etc. We looked into our future, and we dreamed and planned about what we thought God would send our way.

But what God has revealed to us is that our focus on the future was taking away from our pursuit of Him in the present. We didn’t come to this realization through the course of a single sermon or a well-timed conversation with a friend. It was a slow dawning as we settled into a new home, a new church, and a new season of rest and renewal.

As a result of being in this new phase of our lives, our minds began to clear, and it was in that clear head space that we could hear the Lord saying, “I’m it. I’m the prize at the end of the race, and if the way you’re running that race is taking the focus off of me, run differently.”

And the more we leaned into Him and allowed Him to undo the knots in our thinking, the more clearly we could hear Him.

But what things were gain to me, these I have counted loss for Christ. Yet indeed I also count all things loss for the excellence of the knowledge of Christ Jesus my Lord, for whom I have suffered the loss of all things, and count them as rubbish, that I may gain Christ and be found in Him, not having my own righteousness, which is from the law, but that which is through faith in Christ, the righteousness which is from God by faith; that I may know Him and the power of His resurrection, and the fellowship of His sufferings, being conformed to His death, if, by any means, I may attain to the resurrection from the dead.

That is the end goal, friends. Not marrying a godly person or raising godly children. Not pursuing godly ministry or starting godly businesses. The end goal is to know Him.

When we look into the future, our aim should be that we would always be in a place of surrender, and that our lives would always be a testament of His great love. And in pursuing that, God will lead us towards the desires of our hearts because our desires will be conformed to His desires. 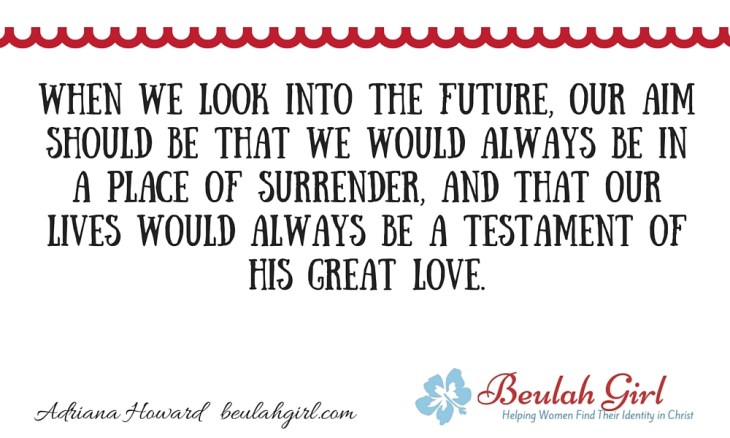 Running the Race With the Right Pursuit

The race that my husband and I were running became about the places we would see and the things that we would do along the way instead of being about the prize. And that prize was Jesus, the only one by whom we would ever be able to achieve any of those things anyway. In fact, on some days, the race that we were running didn’t even lead to Him at all. It just led to us being happy and fulfilled.

So here are some thoughts and questions that I encourage you to meditate on. They’re the same kinds of questions I’ve had to ask myself over the past few months.

I’m a work in progress, and while some days are better than others, I can honestly say that God is working out of me the desire to do as I please in favor of what He purposes for me. Thankfully, God doesn’t always allow me to get exactly what I want when I want it because if I could, I wouldn’t be the person that He needs me to be in order to see it done right.

Paul said in Philippians 3 that things we “lose” are nothing compared to what we gain when we surrender to Him. And if His plans for your life look different than what you have planned for it, I encourage you reconsider your plans. A high cost was paid for your life, so, by all accounts, your life isn’t your own anymore.

And if God’s intention for mankind was to leave our lives empty and devoid of passion and meaning, then I don’t think He would’ve pumped us so full of drive and ambition. But He wants to funnel that drive and ambition into His work, and in order for us to do that work well, to effectively partner with Him, we have to keep our eyes fixed on Him and nothing else. Hebrews 12 says that Jesus is the author and finisher of our faith. He writes our stories.

And He alone can finish them. So let Him pen the story of your life, and trust Him to write it well.

Adriana Howard describes herself as "sort of a mess in pursuit of a great story." Adriana spent a year teaching high school English, and currently, she is teaching theater after school at a local elementary school. She also serves with her husband as a youth pastor at her church. One day, Adriana hopes to be a published author. For the time being, she wants to travel the world, adopt children, learn how to really love people, maintain a garden, go back to India, and work alongside her husband in ministry. Other passions of Adriana's include love war films, cooking, bulky typewriters, crowded airports, winter’s first snow, Elizabeth I, and books of all shapes and sizes. Last but certainly not least, Adriana has a passionate love for Jesus. You can connect with Adriana on her blog where she dabbles in fiction, nonfiction and poetry.