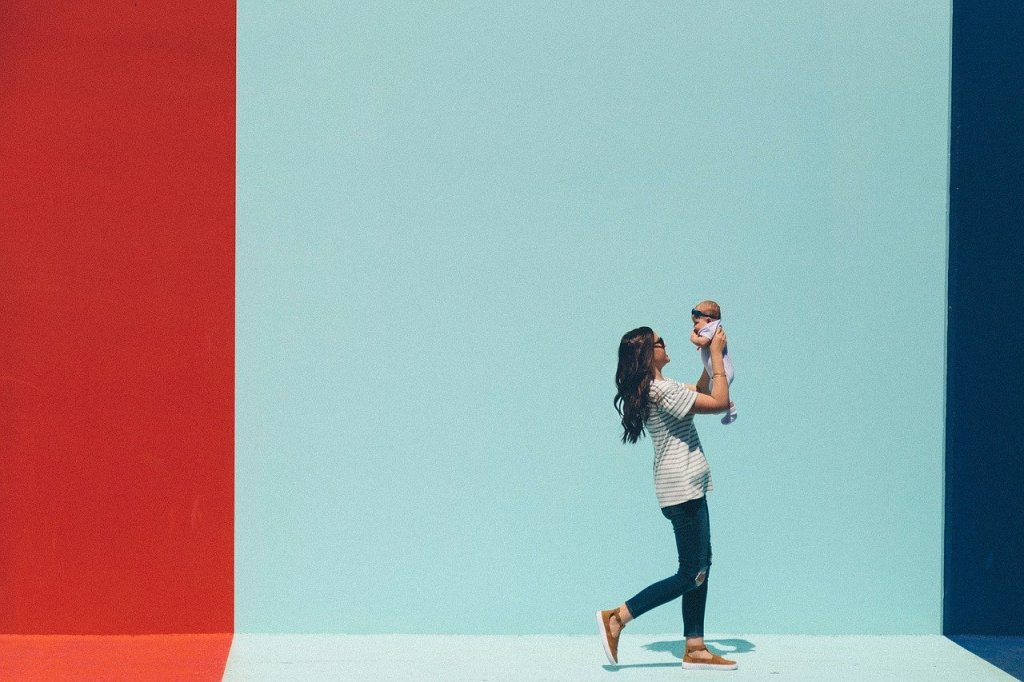 When my youngest daughter was born, we were relieved to discover she was such an easy, compliant child. We marveled over her sweet temperament. She played quietly with toys by herself. She gave sweet hugs to her brother and older sister when they were upset or cried. She went to bed without complaint. Generally, she didn’t demand much from us — but acted content on most occasions to “go with the flow.”

And then she turned two.

The year started off the same as the year before, but as the year progressed, we began to see a different side of her that we hadn’t seen before. And now, as we near her third birthday, we’ve seen “the terrible twos” more often than not.

Our once docile child runs away toward the street when we go outside; arches her back so we can’t strap her in her car seat; kicks at me and claws my face when I tell her no; takes off her clothes after I have dressed her; and locks herself in bedrooms for fun.

I know that this phase will pass. I struggled with her older brother and sister at this same age.

However, even though I’ve been through the toddler phase before with my older two, when dealing with my younger daughter’s antics all day long, in addition to dealing with the demands and needs of her older brother and sister, I can easily feel discouraged and not my best as a mom. As much as I love my children, I am finding it too easy in my current season to focus on the challenges of motherhood and the negative behaviors of my children, instead of focusing each day on the positive aspects of being a mom.

What the Word of God Says About Children

So, how can I change my perspective and find joy once again in the mothering of my children and not react in anger and frustration to their less-than-desirable behavior? Psalm 127:3 tells us: “Children are a heritage from the LORD, offspring a reward from him.”

The psalm tells that children are both a “heritage” and a “reward” from God. While the meaning of both words is slightly different, they are both used here to indicate a blessing given to men by God. As John Calvin says, a “reward” can be understood as whatever “benefits God bestows on men.”

This idea of children being a blessing can be a difficult one to come to terms with for those who have not been able to conceive or those who struggled with infertility before becoming a parent. However, the passage isn’t saying universally that people who haven’t been able to conceive aren’t blessed. Certainly, we see godly couples struggling with infertility in the Bible. This passage is speaking in a general sense, reminding us that children are to be viewed as a blessing, even on days when their behavior is challenging.

As Calvin points out, the passage corrects the views of those that believe that children were born by “chance” or merely because of an “instinct of nature.” Many believe that once God put the universe in motion, He stepped back and let His creation take its course. Or some don’t believe in God at all and don’t attribute God as the Creator and Father of all children. However, as Calvin says, the psalm makes it clear that God had a direct hand in creating our children. Each one has been fashioned by God and has a purpose to live out on this earth (Psalm 139:13-16).

Therefore, just as it was God’s choice to send us the child that He did — and we can’t take credit for the child He created — God also has a plan for each child. We have a responsibility to steward and lead this child to accomplish what God intends for this child.

As Calvin emphasizes, when we know that our children are a gift and we have been given the honor of parenting our kids, we are encouraged not to be “careless and reluctant” when providing for them. In other words, knowledge of our kids’ value makes us better parents!

When we’re feeling frazzled and worn thin, reminding ourselves of how intimately God was involved in creating our children and entrusting them to us will motivate us to treat our children as human beings of great value and give us renewed energy and motivation as moms, not just in providing for their physical needs, but in providing for their emotional and spiritual needs as well.

I read a devotional by Alicia Bruxvoort just this week about how she, as a tired mom trying to console her fourth child late one night, found comfort in the following verse: “For the word of God is living and active and full of power [making it operative, energizing, and effective]… ” (Hebrews 4:12). I had never read this verse in the Amplified, and with other versions I had read, I skipped past the first part to the rest of the verse which talks about the Word “penetrating” the soul and spirit like a sword.

For instance, in the NIV the complete verse reads: “For the word of God is alive and active. Sharper than any double-edged sword, it penetrates even to dividing soul and spirit, joints and marrow; it judges the thoughts and attitudes of the heart.” In attaching my focus to the last part of the verse, however, I had only viewed this verse as a “stern” verse about how the Word of God will pierce us when we’re going the wrong way. And it does indeed assert that idea.

However, I realized, in reading just the first part of the verse, that the verse could be read not just as a verse about the penetrating work of the Word to convict us and get us on the right track. This verse also speaks of how this Word also works within us in another way in that it energizes, affects, and exerts influence over us. Wow! So, the verse in fact also says that the Word acts in different ways depending on our situation — and it can be that which empowers us when we’re tired and feeling less-than-loving to change our mindset.

When we start to feel irritated by our children’s bad behavior, we can be “energized” and “affected” by the truth of God’s Word in Psalm 127 that says our children are a “heritage and a reward” and shift our thinking. As Bruxvoort acknowledged in her post, her situation didn’t change, but her perspective did. That night, when she felt fatigued as a mom, Hebrews 4:12 lifted her up and helped to keep her going.

Though she was energized by a different passage of Scripture than the one we are discussing, we can apply this same idea in regards to our current discussion and remind ourselves of the truth of God’s Word in regard to the value of our children. We can look ahead to the goal of raising disciplined, godly children and push ahead through one more day of tantrums, clawing fits, or door locking incidents — knowing that, as Psalm 127 asserts, our children have been gifted to us by God.

For whatever season we find ourselves in as moms, we can find sustenance in the Word of God to get us through.

Ever feel unappreciated, worthless, or overwhelmed as a mom? This is Part 4 in the series “Motherhood: Joys, Challenges, and Trials.” Check out Part 1: “Why Your Work as a Stay-at-Home Mom Matters,” Part 2: “Your High and Holy Calling as a Mom,” and Part 3: What It Means to Train Our Children.

Don’t have much time to read, but would like to hear articles in podcast form? Check out Beulah Girl’s podcast archive for a complete listing of podcast episodes.