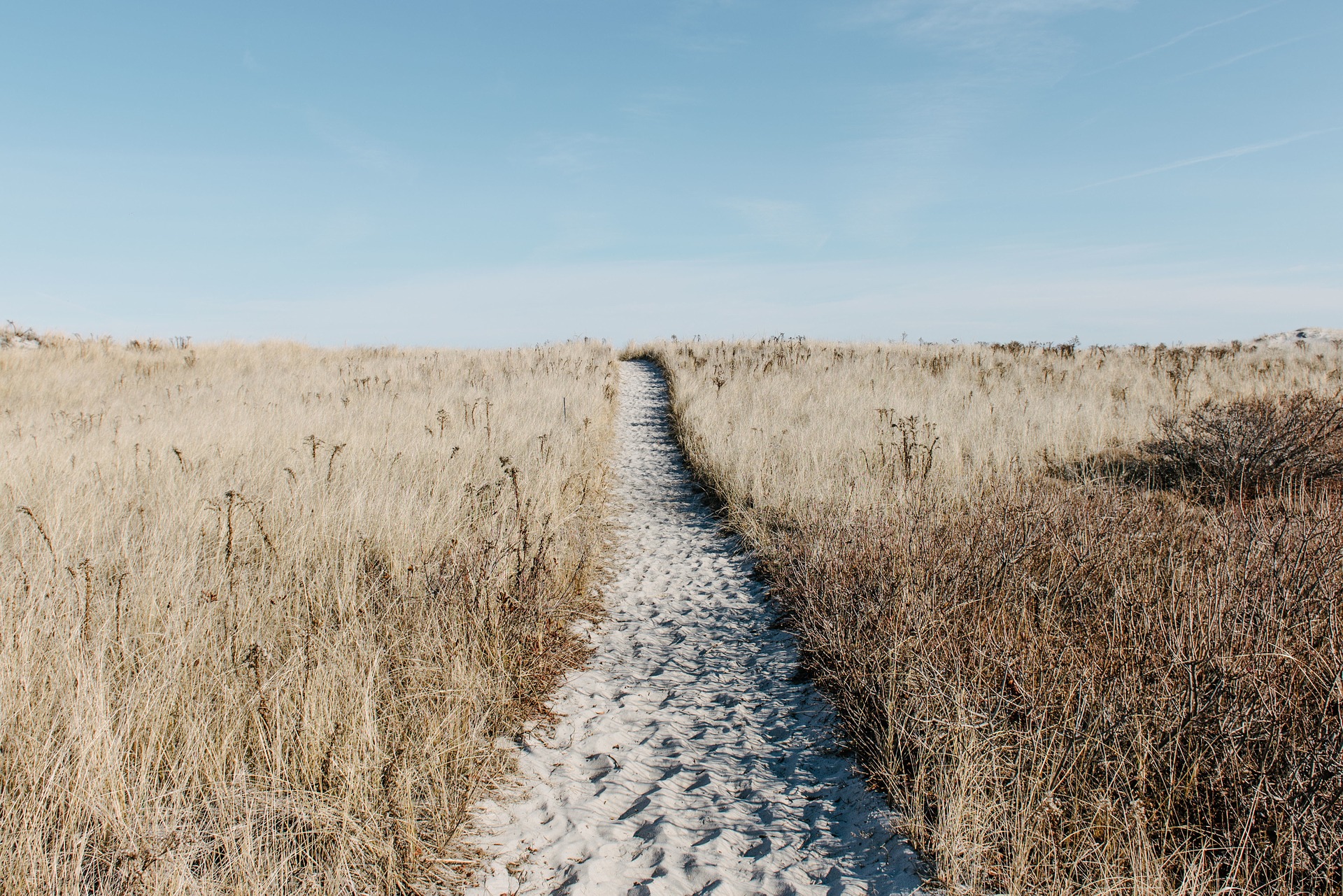 Not too long ago, my family moved into a new community and transitioned from the church and home we had grown very comfortable in.

I remember well the events that led up to this move. The school year was drawing to a close. My husband generally has a slew of coaching opportunities that are available to him around the spring of every year, and he asked me casually one day if he should stay at the current school he was at or apply at a few of these head coaching positions he had seen pop up.

Because I have been married to my husband for fifteen years, and I am accustomed to his restless and adventurous spirit, I shrugged his comment off and told him with a bit of an eye roll: “You’re staying at the school you’re at.” End of discussion.

However, he decided he wanted to put in for a few positions, so again he brought up the idea of possibly coaching at a different school. I shrugged again and suggested he apply to the jobs and see what happened. I figured that these were opportunities that would go nowhere. I had seen it happen many times, and I rationalized that he would end up back at his same school for the next school year.

But that is not what happened. Through a series of events, my husband was contacted for interviews by two of the schools he applied at. At one of the schools, he interviewed for the same position as a coaching friend of his. His friend got the position and then did something surprising: he offered Keith the assistant position.

My initial reaction when Keith brought this opportunity to my attention was that he shouldn’t take it. The move would not be a promotion and the school was far away. There would be no sense in my husband taking that job unless we moved nearer to the school. And the school was in a place we had no interest living in.

We talked about this and both came to the conclusion that it wouldn’t be advantageous for him to take this job, but then the Holy Spirit began to work on our hearts. Friday of the week that my husband had mentioned this possibility to me, I opened up my devotion that morning. I don’t even remember what the devotion said or how God made this clear to me, but I suddenly felt this idea wash over me that we were to move.

My husband also told me that he felt like he should take the job. With only the weekend to make a decision and notify the school, we both prayed about it, and that Sunday we had the prayer team at our church pray for us. We did not get a scroll from heaven with detailed instructions or an angel descending down telling us God’s directive, but by the end of the weekend, we both felt that we were to go.

Embarking on a New Move

Initially, there was excitement as we made plans. We had to fix up our house and put it up for sale. We would need to locate a house in the new county. My husband had to notify his current school and his lacrosse program. We scurried to follow this new direction we felt God was leading us.

But, I have to be honest, in the midst of the plans there was some confusion and sadness on my part. I felt a little bit of bitterness towards God. He was leading us somewhere where I had never expected He would. Sure, in my current situation, God had either closed ministry opportunities or told me not to take them, but I accepted it believing that He would open them again. We were comfortable. I didn’t expect that He would ever move us on.

Even though God told me when I prayed about it that the reason we were to go was for “something better,” I didn’t know if I could believe Him. I couldn’t see on the outside how anything better could await us in this place I didn’t want to go.

I loved our stately brick house in the neighborhood we had scoped out over a year long process. It represented everything that I had wanted at the time: status, acceptance, and a safe environment for raising our children. And we would have to leave it all behind.

Not only that, a few months into our house listing, when I got pregnant (again, a surprise that I did not expect), I was rattled by how out of control I was with everything. While I was excited about a new life growing inside of me, the unknowns of another pregnancy (after a painful loss and associated health challenges the year before) on top of the unknowns related to the move stretched my Type-A, I-have-to-control-everything personality in uncomfortable ways. I know some of you reading this may be thinking, “Get over yourself! Give up control!“ But I can tell you, I struggled.

Yet, however difficult it might be for us to initially let go of something God asks of us — a community or church we love, a ministry position, a relationship, a material possession, control — while the process of giving it up may be one we struggle with, the end result is peace and joy.

As Charles Stanley notes in The Blessings of Brokenness, “When we give up something to which we are clinging and counting as more valuable than our obedience to God, he often gives us something in return that is even far more valuable or beneficial to us. At times, but not always, it is the very thing we gave up. At other times, it is something different but better.”

The Blessings of Obedience

Let me tell you what has happened since we made this move that I had mixed emotions about.

We’ve only been here for a few months, and some of the very things I was the most worried about have been the place of unexpected blessing. Yes, I have had some very lonely moments transitioning into a new community, but here’s some of the “better” God has already orchestrated:

I have only mentioned material things, and I know that often God’s blessings are in the spiritual realm. Those spiritual blessings are just beginning to be evident to me, but the best blessing of all so far is that in moving I was released from a stressful situation where I felt like I was at a dead-end. I wasn’t thriving there any longer and had begged God more than once for a deliverance from my circumstances.

A New Start for Our Family

The other day, my husband casually mentioned the name of the area we are living in: New Hope.

Even though there are various signs around with the name, I had missed it because the only name I had noticed up to that point was the name in the nearby town and our new address.

New Hope. Let me tell you, friends, after the journey I have been on the last few years, I could not be more excited to end up in a place with that name. I believe that it’s no coincidence. It’s like a further reassurance from God about the things He plans to do while we’re here.

And we’ve been given more than a name like New Hope to make us think that.

Questions to Consider: Has God asked you to give up something in the past, and it turned out to be a decision that led to blessing in your life? Is there something He is asking you to give up now? Share with us in the comments below!