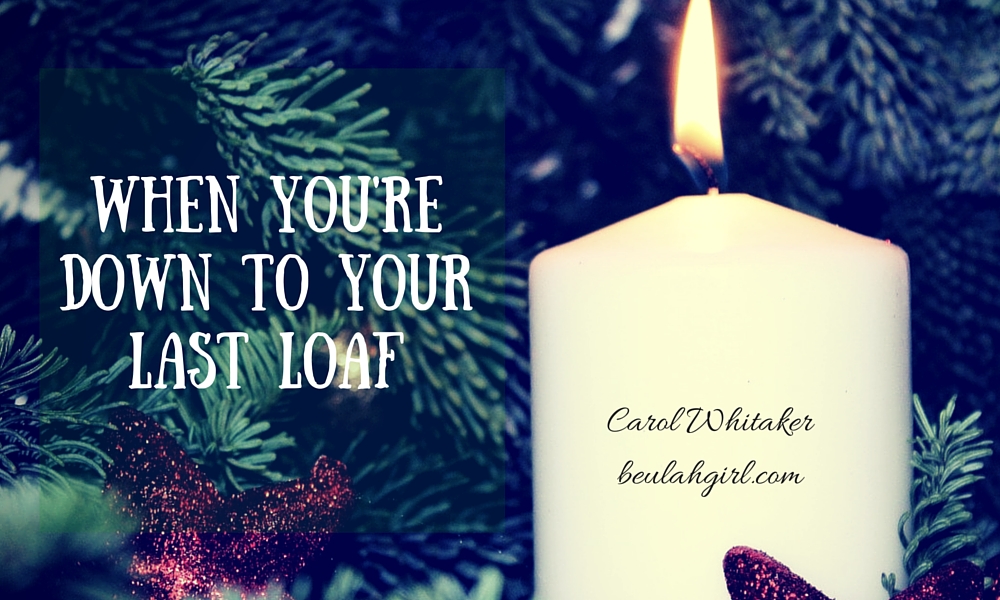 This gets me into trouble in my writing because I often over-analyze the process, and I sometimes write two or three versions of a piece before I post it. And I have to decide which version to use.

And the over-thinking begins.

Over-exhausting! Let me tell you! I need an editor to end my madness.

My hyper-processing of information served me well when I was an English teacher because I could spin fresh meanings from the same tales year after year. But the downside is that it gives me decision paralysis where I can’t make a choice about what to keep in and what to exclude in some of the pieces I write.

A story that I considered expanding on in a previous post I wrote (about a sum of money God asked me to give away at a consignment sale) was one from 1 Kings of a widow in great need. However, something wasn’t flowing right with the piece, and so I simply listed the Scripture reference at the bottom.

And then I second-guessed myself.

Since then, the widow’s story has been one that I can’t get off my mind. Therefore, although I had planned a much different companion piece for my previous post, I had to scrap that in order to give voice to the one inside me wanting to be heard.

A Woman in Need

In 1 Kings 17, we see a story of a woman in a dire situation. Down to her last jar of flour and jug of oil — with no hope of obtaining more as the area is suffering in a drought — she goes out to gather sticks by the town gate when she is met by the prophet Elijah.

He has been told by God to go to Zarapheth where he finds her. Elijah asks her to make him a small loaf of bread and fetch him some water. She informs him that she has only enough flour and oil to make herself and her son one last meal — and then they will die (vs. 12).

Elijah assures her not to be afraid but to do as he says, and when she does her flour and oil will not be depleted. Verse 15 in the passage tells us: “She went away and did as Elijah had told her. So there was food every day for Elijah and for the woman and her family. For the jar of flour was not used up and the jug of oil did not run dry, in keeping with the word of the Lord spoken by Elijah.”

Several important things stand out to me about the passage.

As commentator Matthew Henry suggests, many other men or women could have been appointed to welcome Elijah into their home — richer or more distinguished persons. However, God chose an unassuming, poor, at-the-end-of-her-rope widow to provide food and lodging for Elijah. While the widow viewed her situation as bleak, God saw it as the perfect circumstance to reveal Himself and His glory. As Henry observes, she was “more in a condition to receive alms than give entertainment” — but God chose her to feed His prophet!

Too often we see our lack as just that, but it is in our weak and humble positions that we can encounter God. He looks to use us in those situations where we think we have no way out — and we don’t — until He steps into the midst of our mess. Out of all the people who could have met the prophet at the gate, God selects a most unlikely candidate.

Too often we see our lack as just that, but it is in our weak and humble positions that we can encounter God.

2. She had come to the end of her resources.

The widow had reached the end of what she could do. Although it does not say it outright in the passage, we can imagine that she had scraped and pinched and worked to feed herself and her son, but all that remained was still not enough to sustain her family past that night. God can provide when we are in the position to acknowledge that we cannot make it on our own.

3. She obeyed even when it didn’t make sense.

Even though she was a Sidon woman and did not most likely believe in the God of Elijah, she still obeyed when the instructions made no earthly sense. She made preparations to give away her last meal — and trust — when nothing in her circumstances suggested that she would have provision past that night.

God could have supplied Elijah with food for the woman or orchestrated the scene at the gate to unfold differently, but He first asked for the woman’s action of faith before she received her blessing. So many times in my own life, He has asked me to take the impossible, hard-to-understand step. And it is only in my obedience that I reap the benefit.

4. She was rewarded for her faith.

Her sacrificial act did not go unnoticed, and God offers us the same opportunity for a miracle. Although we may not be down to our last meal or our last paycheck, we may be surrounded by insurmountable difficulty. Our way out may be to give up what we may be holding on to. This may not be a monetary item — but could be our reputation, a dream, a relationship, or a vice that we don’t want to relinquish.

5. Her trust exceeded her doubt.

Although this is a story about giving, we find it is really a story about trust. What God wants to get at in all of us is our faith level. When He asks us to let go of the job, the key ministry position, the money from the sale we had planned on using for ourselves — He essentially asks the question: Do you trust me?

He asked it of the widow when Elijah requested the loaf of bread.

He doesn’t just ask for a side portion — He asks for everything — our trust. And sometimes, it feels like He asks for too much.

Too often, I take my eyes off Him and flounder. I look at the mounting bills, the unrepaired house, my unruly children, a dream that hasn’t been realized. And I doubt.

I tell Him that I won’t make that loaf of bread or give up my meal. Because it’s my last one.

But it’s only in the trusting, the letting go, the releasing, the yielding, that my empty flour jar and oil jug get filled again. Only in the steps of faith that I look and see another portion of flour for the next day — a little oil. Enough for another meal.

What is He asking of you? As Henry notes,”The meal and oil multiplied, not in the hoarding, but in the spending … When God blesses a little, it will go a great way, even beyond expectation; as, on the contrary, though there be abundance, if he blow upon it, it comes to little, Hag. 1:9; 2:16.”

Haggai 1:9: ” ‘You expected much, but see, it turned out to be little. What you brought home, I blew away. Why?’ declares the Lord Almighty. ‘Because of my house, which remains a ruin, while each of you is busy with your own house.’ ”