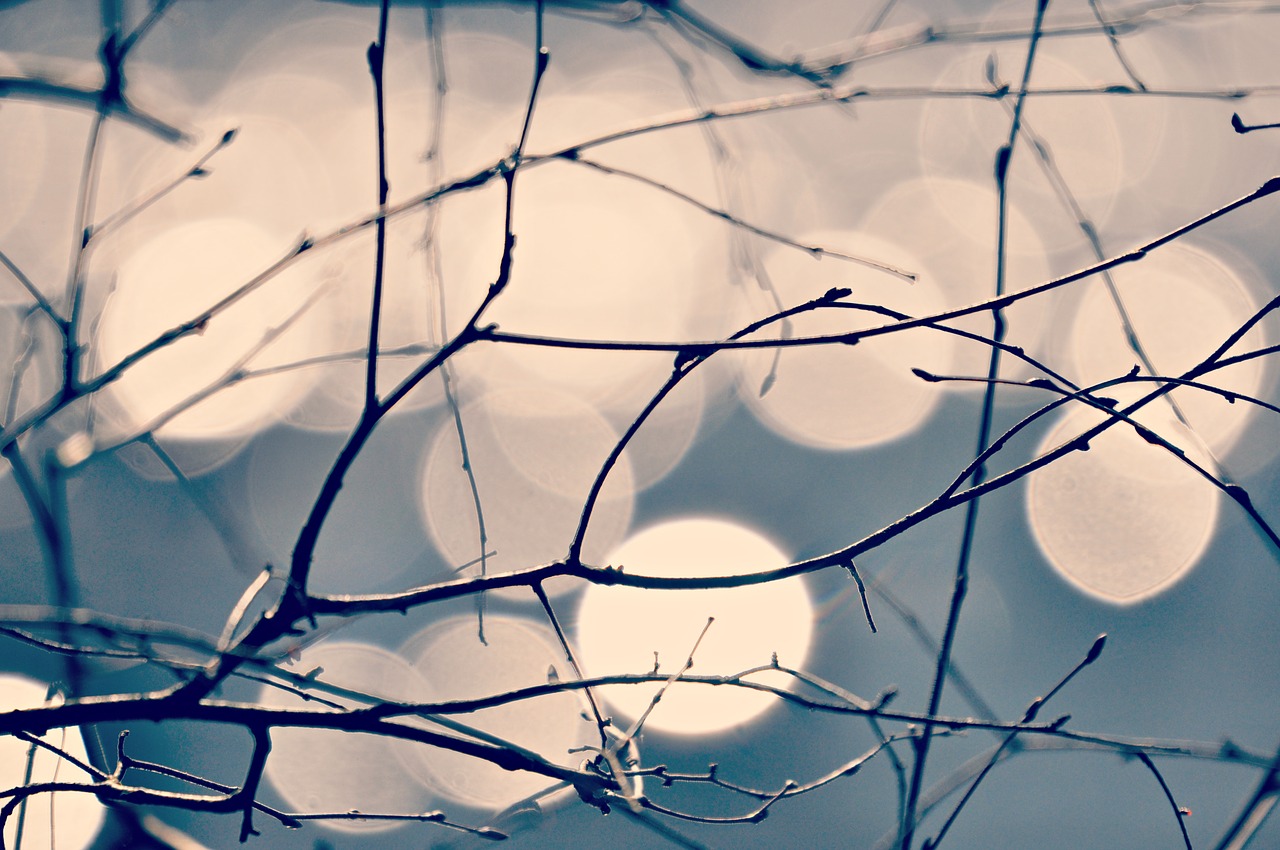 The Bible tells us to be thankful in all circumstances (1 Thessalonians 5:18). However, if you are anything like me, it’s hard to be thankful when you have been praying for a certain situation and feel that God hasn’t answered. He appears to be ignoring your requests and though you keep crying out to Him, He doesn’t answer in the way you want. In fact, He doesn’t appear to be answering you at all. What then?

In Mark 6:45-52, the disciples must have felt like Jesus was not answering their prayers. He sends them on ahead of him in a boat and they get caught up in a horrible storm. Even though He knows that they are being tossed about by the wind and the waves, He does not go to them right away. When He finally does walk out to them, they are frightened and think He is a ghost. It is only after He speaks to them that they recognize Him and the wind dies down.

A few observations we can make:

1. Jesus sends them into the storm.

Most of us, without really admitting it, most likely believe that the assignments Jesus gives us will probably conclude with a pleasant ending of some kind. However, what can feel really confusing is when Jesus sends us into a place that yields a storm.

We can often mistakenly believe that God doesn’t really love us because He surely wouldn’t send us into a storm, right? The reality we see in the passage is that Jesus knows what will happen to His disciples when He puts them in the boat.

2. Sometimes Jesus won’t feel all that near, even when we are walking in His will.

But here, the storm drags on without the disciples receiving the relief they so desperately want. They row for hours, “straining at the oars” with the “wind against them” (Mark 6:52). And yet, Jesus does not immediately come to them, though He sees them struggling in the middle of the lake. He is not unaware of what they are going through. He isn’t too busy to come to them. He waits until the right moment, knowing that their faith will increase if He does not go to them right away. As commentator Joseph Benson says, “Thus Christ insures his disciples first to lesser difficulties, and then to greater, and so trains them by degrees to live and walk by faith, and not by sight.”

As we grow in our faith walk, God gives us situations where He feels far off to test and grow our faith. We can be thankful even when it feels like God is far off because He always has His eye on us and has not forsaken us — even when it feels like it. Therefore, even in those situations where we are crying out to Him and don’t understand why He doesn’t immediately intervene, He is aware of everything that is going on with us and will step in when the time is right.

3. If we’re not careful, we can grow hardened in a circumstance.

When Jesus does walks on the water out to them, they don’t recognize Him and they are frightened by Him. What happened?

Mark 6:52 tells us that they had not “understood about the loaves; their hearts were hardened.” Even though they had just seen Jesus perform a miracle in feeding 5,000 people with just a few loaves of bread and fish, they evidently do not believe that Jesus has the power to help them out of this particular circumstance. They can’t see what He is doing nor understand it. Thus, even when He comes to them on the water, they do not recognize Him and are afraid when they see Him. In fact, they believe He is a spirit coming to hurt them.

In a similar way, we can allow ourselves to become hardened in our own circumstance and have a similar reaction to Jesus’ aid. The word “hardened” here not only can refer to someone hardening his heart to protect himself from pain. The word also can mean that a person simply can’t perceive a situation.

As Lysa Terkeurst says, when God’s ways are “sometimes the opposite of what we want and expect,” we can miss “God’s answers when we get attached to the outcomes of our own thinking.” In other words, we can hold so rigidly to our own ideas about how a situation should go that when Jesus doesn’t meet those expectations, this can also make us miss what Jesus may be wanting to do. When our situation goes on for a long time and God allows circumstances to continue on that are causing us great turmoil, we can mistakenly believe that He does not want our good and misunderstand His intentions.

Most likely, the disciples generated their own expectations about how Jesus would rescue them and couldn’t comprehend it was Him when He showed up in a different way than they expected. Maybe they didn’t expect that He would walk on top of the water in the dark. Maybe they thought they would see Him once they reached the other side, or they thought He would calm the storm for them and not make them go through it. Whatever the case, they did not expect Him to come in the way He did and they didn’t recognize it was Him. They allowed their expectations to fix their minds in one direction and then couldn’t comprehend it when He didn’t meet their expectations.

Rather than allow our confusing circumstance to harden us so that we can’t see or understand what God is doing, we can keep watching for His answer and not allow ourselves to become hardened or embittered.

We Can Thank God in Our Hard Places

As humans, we don’t like circumstances that are confusing or unpredictable. We try to fix situations that we don’t like and, without meaning to, we create expectations of God and others to make it work out the way we envision.

As Terkeurst emphasizes, we can become disillusioned and discouraged when God doesn’t do what we want or answers our prayers differently than we expected. Proverbs 16:9 says, “In their hearts humans plan their course, but the LORD establishes their steps.” God gave us minds so that we could think and plan — but His plans don’t necessarily follow ours.

When I learned we would be moving to the area we live in now, I resisted it at first. I didn’t believe it was God speaking to us. I loved our house and the area we lived in previously. The school system was fantastic, and I dreamed of raising our kids there. When my husband first mentioned that he was interested in a job that would require a move, I told him he was crazy and it wasn’t happening. Then, as I began praying about it, God confirmed throughout the next few weeks that we were to move.

I had been praying for a change in a particular area, but when God delivered on it, I didn’t recognize His answer to my prayer. I thought that he would change some people in my circumstance. I did not think He would take us out of it. In addition, I didn’t think He would move us to the place He did. His plan for us was so beyond my own ideas of what I thought should happen.

Once we moved, the shock wore off, and I learned to accept the unfamiliar aspects of where we were. Now, over four years later, my kids are thriving in their schools, the new house has been a better fit for us in this stage of life because it has more bedrooms (and we added one more kid to our family after we moved). However, if I had simply gone with my feelings and made a decision based on those, we would have never moved and missed out on what God wanted to do in our family with this change of location.

Making plans is good. Asking God to intervene in a situation is good. However, when we develop expectations of God in a situation, we may not see what He wants to do. We have to keep our minds and hearts open and hold our plans loosely, allowing Him to do as He pleases. (As a side note, we don’t have to fear that we won’t know which way to go or that we won’t hear Him. As long as we stay connected to Him, we will know the way to take.)

Even when the way He leads is dark and unfamiliar, we can thank Him. If we are following after His lead, even if it leads to hardship and dark places, we are never out of His sight or reach. He has us just where He wants us. We can trust He will do what’s best in our situation and lead us where we need to go — even if it is a place we hadn’t necessarily expected or foreseen.

A Reason to Give Thanks: As we enter into this holiday season, it may be hard to find reasons to be thankful. Storms tear through communities. Civil unrest continues on in many cities. Our nation is divided along political, religious, and racial lines. Covid-19 rages on. How we can we think of giving thanks? The Bible tells us to give thanks in all circumstances — not because we are thankful for the situations, but because we can be thankful in the midst of the circumstances.

Thankfulness is necessary to help us navigate life’s chaos and still maintain the peace of God. Join me for the next few posts where I put the spotlight on gratitude. If you haven’t read been following along on the blog, check out the first post in this series, Cultivating Peace When Life Is Crazy.

Ever worried that you won’t hear the voice of God or know which way to go? Check out the following Christmas-themed posts on seeking God for His direction: What the Wise Men Teach Us About Following God and When You Need to Know Your Next Step of Faith.