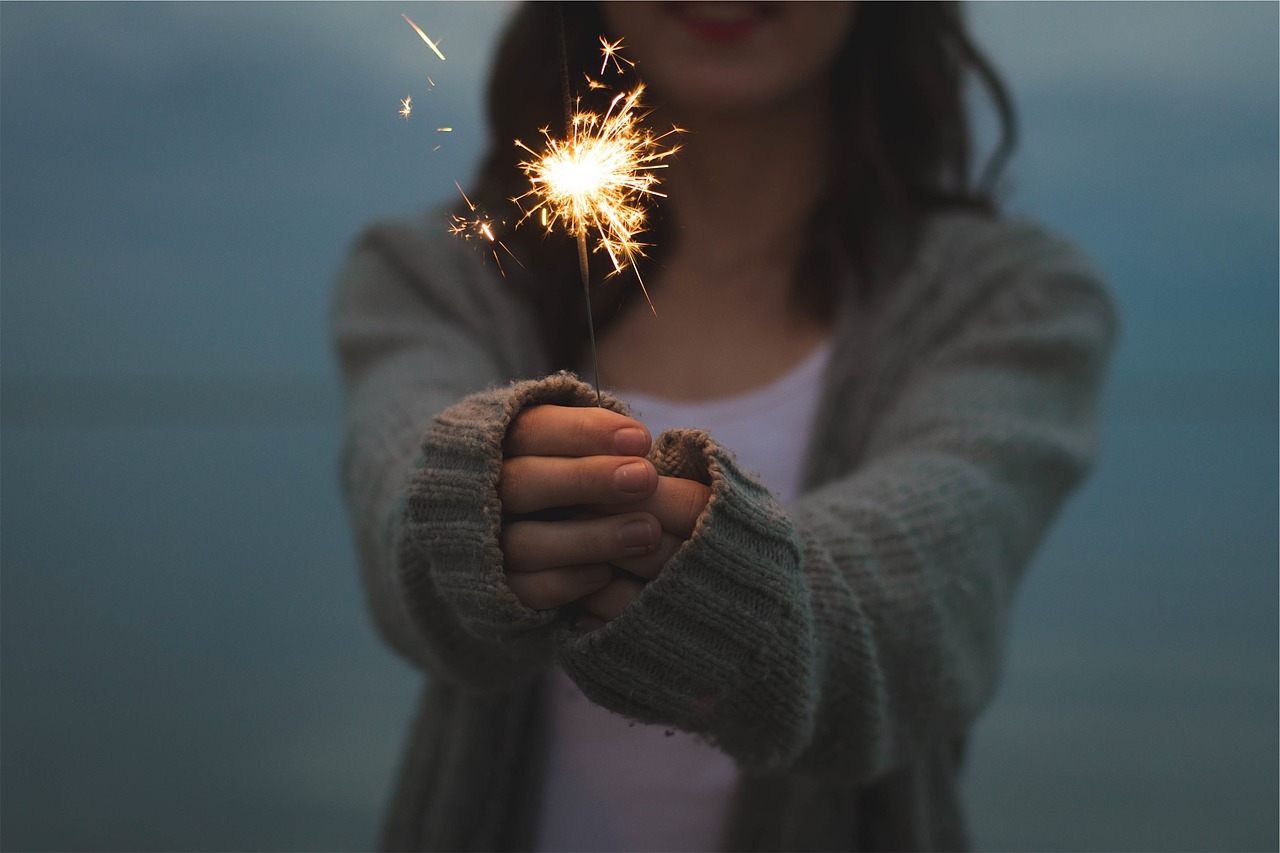 In praying about what to write about for this holiday season, God gave me the word “celebration.” As I looked over the story of Luke 2, I asked God to help me see what he wanted me to see, and I noticed, in particular, the reaction of the shepherds to the angels’ celebration and proclamation of Jesus’ birth in Luke 2:20: “The shepherds returned, glorifying and praising God for all the things they had heard and seen, which were just as they had been told.” (emphasis mine)

The shepherds’ reaction highlights a major reason we celebrate in our faith: when God does something on our behalf and does what He says He will do.

As if to emphasize that I was onto the right idea, the next day I was listening to the radio and heard an interview with Matt Maher in regard to his recent Christmas album. They played his song “Always Carry You” from the album, which he wrote with Amy Grant, and one line stood out to me: “I will not be afraid. All your words are true.”

Just to put it in context, the song is sung from the perspective of Mary when she receives news that she will become pregnant with the Messiah. For those of you not drawing the connection, the song underlines in a similar way the same idea expressed in Luke 2: God’s words are true, and when we see before our eyes what He said will come to pass, the feelings of joy and excitement are unsurpassed.

Celebration by the Shepherds in the Christmas Story

In Luke 2, the shepherds were just engaging in their nightly duties, nothing out of the ordinary, and all of a sudden, they were interrupted. An angel appeared, saying: “Do not be afraid. I bring you good news that will cause great joy for all the people. Today in the town of David a Savior has been born to you; he is the Messiah, the Lord. This will be a sign to you: You will find a baby wrapped in cloths and lying in a manger” (vv. 10-12). Then a host of angels appeared, praising God.

When the angels left, the shepherds said to each other, “ ‘Let us go to Bethlehem and see this thing that has happened, which the Lord has told us about.’ So they hurried off and found Mary and Joseph, and the baby lying in the manger. When they had seen him, they spread the word concerning what had been told them about this child, and all who heard it were amazed at what the shepherds said to them” (vv. 16-18). It is at this point in the story, in verse 20, we are told: “The shepherds returned, glorifying and praising God for all the things they had heard and seen, which were just as they had been told.”

What can we observe from the shepherds?

1. Celebration centers on what God has done for us.

The shepherds were told of the Messsiah’s birth in an amazing way — by the angels, and then they went and saw the child that they had been told to go and find — and they were aware of the prophecies surrounding His birth. This would have been an event of a lifetime! The shepherds could hardly contain their excitement that they had been given front-row seats to such a miracle.

All of the events that they witnessed could only be attributed to God. Before the shepherds were praising God, the angels in the story were praising God for His mighty work in sending the Messiah to repair the broken relationship between man and God (for those willing to accept Jesus as their Savior). Multiple other places we see that miracles are performed by God for various reasons — but one reason is that they display His greatness and power. And viewing His power sparks a response within us … which leads me to my next point.

2. Our celebration is a witness to others.

I’ve never thought about it in these terms before, but as I was perusing a Bible dictionary, I noticed that praise of God is listed as a witness to others (Psalm 9:11, 2 Corinthians 9:13). When we praise God, we tell others to get on board with His goodness and inspire others to either come to the faith or encourage other believers already in the faith.

In this passage, the angels first celebrated the miracle in the birth of the Messiah. Then, just a few short verses later, we can’t miss that the shepherds were “glorifying and praising” God in a similarly exuberant way. Why? “For all the things they heard and seen.” They had witnessed the angel announcing the message of the Messiah’s birth and then a host of angels singing praise to God. And the Messiah in human form. Witnessing all of these events caused joy and praise to bubble up within them.

If you’re not getting it yet, we see that the angels’ witness to the shepherds inspired a chain reaction — a circular motion. The shepherds were inspired by the witness of the angels and went to see for themselves what the commotion was all about. When the shepherds followed to find more of God’s goodness, this, in turn, lead to telling others, and more people knowing about and being able to celebrate the goodness of God.

3. We celebrate Him when we experience Him.

However, while the shepherds praised God for what He alone could do, they were not merely inactive bystanders up until the point where they broke out in praise. They were given a directive to go and see the child and they “hurried” to go and find Him (v. 16).

What if they had decided to sit back and wait a few days? What if they had doubted the angels’ message? As a result of choosing to act on what they had seen and heard from the angels, they went and found another miracle in the Savior. Therefore, while God was responsible for the miracles the shepherds saw in the angels and the person of the Messiah, the shepherds had a role to play in going to see about what God had said they would find. And then they praised Him because they went and experienced Him. Similarly, we, too, will have experiences that elicit praise when we make it our mission to know and seek Him in response to His pursuit of us.

There were individuals in the story that responded with awe to the shepherds’ story, but their amazement ended there. They did not go and investigate what the shepherds had told them. How often we will pour our heart out for others and feel that we don’t make any impact. Or do we? The story of the shepherds is one that moves out of view as we progress through Luke, and yet, their story is one that has encouraged millions, particularly at this time of year.

Though there were some in the shepherd’s immediate realm that didn’t act on what they heard — the shepherds’ message is one that has had a ripple effect and has gone so far as to touch you and me. Surely, the shepherds could not know in the moment what impact their small role in the Christmas story would have on future generations. What might our reactions and telling of God’s actions do to others around us when we step out in faithfulness, as the shepherds do here, and act as witnesses of God’s glory?

Though you might not feel big or important or as pulled together as other Christians, your praise of Him matters. Like the ordinary shepherds keeping watch out on fields one night, you have a sphere of influence that God would like to use for His glory. Though we celebrate God in response to what He does for us — we also celebrate to show others what we have in our great God so that they, too, will want to seek Him.

This is the fourth post in a series called “What Happens When We Believe God’s Words Are True.” Check out the other posts and accompanying episodes in the series:  Part 1: “When You Need a Miracle,” Part 2: “Choosing not to Fall Into Doubt and Unbelief,” or Part 3: “How to Respond to the Miracles of God.”

Feel like you need more Christmas? Read this Christmas-themed post to help you continue to praise God for sending His Son: “What Jesus Came to Do (and the Best News This Christmas).”

Are you new to this whole Christianity thing? Would you like a personal relationship with Jesus but don’t know where to begin? Visit our Know God page to learn how to receive salvation and make Jesus the Lord of your life.