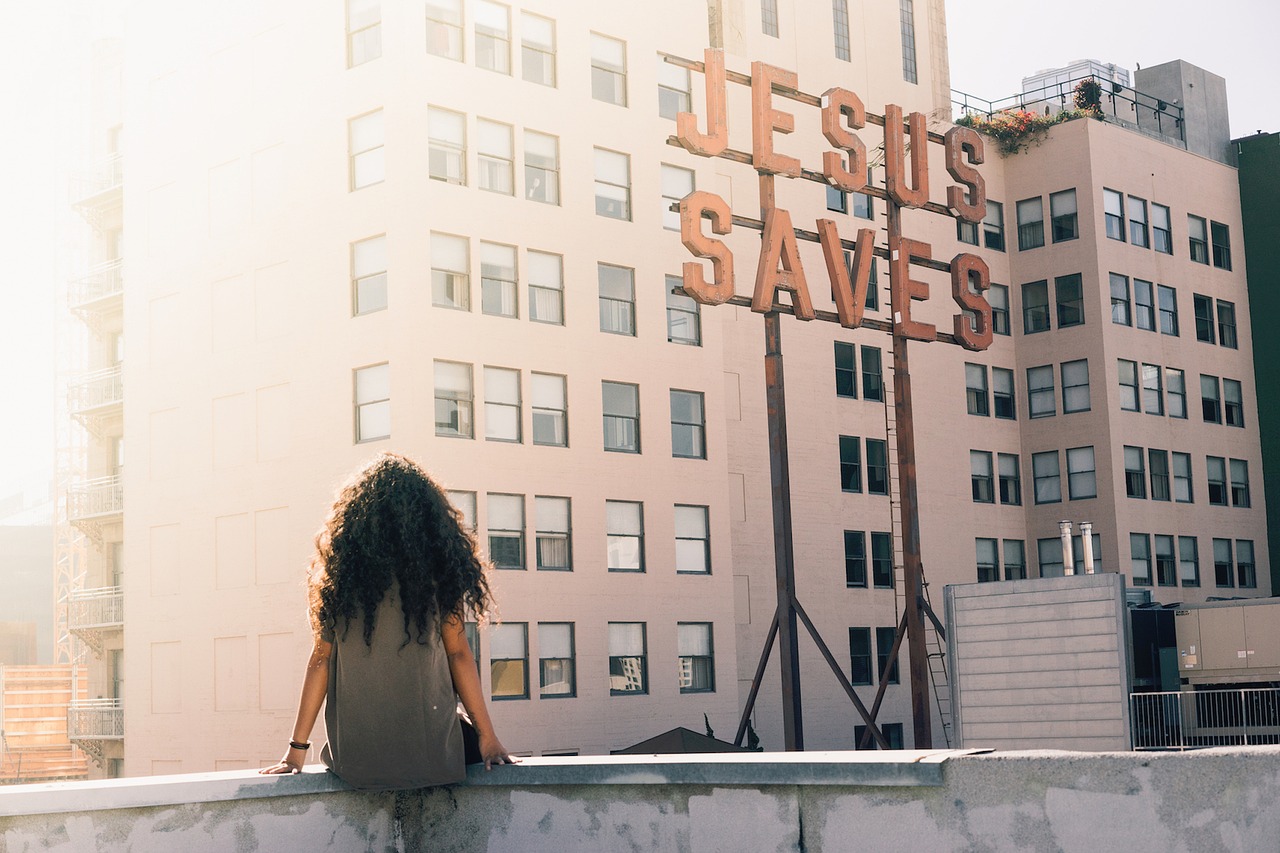 The pastor spoke these words while I stood at the altar. Though there were a few other people standing there with me, I knew these words were for me.

I had been a Christian for as long as I could remember and had never questioned the existence of God or wanted to follow another religion, but my circumstances had been so harsh and so confusing that I wanted to walk away. I knew that there was no other place for me to go, but I wanted to escape the pain of the situation I was in. And God hadn’t provided an escape for me. I felt abandoned and angry.

When I stuck to the place God had me in that difficult time, even though I wanted to run, God revealed to me why He allowed the hardships He did. In addition, He delivered me from the situation after I learned all that I needed to learn. Though I would not want to walk through that season again, I gained valuable lessons that still influence how I walk with God today.

If We Lack Wisdom, We Can Ask God

James 1:5 (AMP) says: “If any of you lacks wisdom [to guide him through a decision or circumstance], he is to ask of [our benevolent] God, who gives to everyone generously and without rebuke or blame, and it will be given to him.” Scholars don’t agree if this verse is separate from James 1:2-4, which precedes it and discusses being joyful in the midst of trials. However, I believe that James 1:5 can both stand alone as a verse urging us to ask God for wisdom in a variety of situations or ask God, more specifically, for guidance in the midst of our trials.

James 1:2-4 says this: “Consider it pure joy, my brothers and sisters, whenever you face trials of many kinds, because you know that the testing of your faith produces perseverance. Let perseverance finish its work so that you may be mature and complete, not lacking anything.” As I shared in the first two articles of this series, this verse urges us to be joyful in the midst of our trials not because our trials are good, but because of what our trials are producing in us. They produce in us perseverance and this perseverance is working in us to bring us to spiritual maturity.

With that in mind, if we look at James 1:5 as connected with the previous section on trials, we can see that the verse urges us to seek God in our trials and ask for wisdom about how to approach our circumstance. When we find ourselves in a situation that God allowed or even orchestrated, it makes sense to call on Him as He is the only One who can tell us what we need to know about the place we’re in. And yet, instead of pressing God about why we are in the circumstance we are in, we often simply try to get out of the trial without discovering why we’re going through it or what God wants us to learn from it. However, if we want perseverance to “finish its work,” it is in asking Him that we will be given the wisdom to get through — and even learn from — our trial.

In addition, as the passage tells us, we can ask confidently for wisdom, knowing that God will give us what we ask. We don’t have to fear that our failings or past mistakes will prevent us from hearing from God. As believers, we are justified because of Jesus’s work on the cross — and James tells us that God gives “generously” and “without rebuke or blame” to those who ask. If we look at the passage, as it emphasizes in The Biblical Illustrator commentary, it is “the lacking man” that is encouraged to ask! Not only does God promise wisdom for those who lack — this wisdom is for “any one” who seeks Him.

What we can conclude, then, is that God knows that we are lacking and won’t withhold from those who seek Him or be disappointed or angry with us if we don’t know what to do in our circumstance. He invites people who are desperate and in great need to call on Him! However, to receive an answer from Him, we have to want to know and be willing to ask Him for the answer (Matthew 7:7; Jeremiah 29:13).

God Gives Wisdom Because of His Grace

A pastor of mine used to say, “You don’t have to clean yourselves up to come to God.” So often, we think that we need to figure out a solution or get our situation in better order or even somehow make up for a mistake we have made or a failing we have in our spiritual life before coming to God. However, we can come to God in whatever state we are in, and He is the One who will help us to sort out the tangled pieces of our situation and make sense of the confusing events we find ourselves in.

In addition, if we have made a mistake or keep failing in an area when we are attempting to follow God, we don’t have to hide or stand back from God out of fear that He won’t answer us when we pray to Him. The verse assures us that we can approach God and ask God — and He will answer and not chide us for asking.

In the circumstance I described with the pastor where I was encouraged not to turn away, I was attempting to follow God in that situation. Part of my confusion with my circumstances is that I had obeyed Him and followed God’s direction, but it was leading to hardship and difficulty. “Why is this happening, God?” I wanted to know.

As it turns out, though I was following God, I had skipped some important steps He had directed me towards, and I was reaping in that season from the bad choices I had sown in another season. And yet, God graciously led me to understand what He was doing in me during that time and also what I needed to be doing to get out of that hard situation. I started making some phone calls and getting right some areas where I had failed.

All of these actions that God directed led me to understand some important truths about myself. I don’t really know why God had me go through such a painful route to learn these truths, but the season ended up being a gift. In fact, I even had a dream during that time where my sister was a postmaster and delivered a package to a cantankerous lady who refused to receive the gift delivered because it wasn’t delivered to her in the way she wanted it to be delivered.

God told me that I was the lady in the dream. I wanted His gifts, but I didn’t like the package it arrived in. Yet, that was the way God chose to teach me — and I would not have received the lessons I learned from that time if I had resisted God’s methods.

Perhaps you, at this time, find yourself in a baffling and difficult situation. You might feel that God is punishing you or perhaps you’ve been too angry to approach God about what is going on. However, while God will discipline us out of His love for us to bring us to wholeness and usefulness in His kingdom, He does not punish us for our wrongdoing. Our punishment has been taken away by Jesus’ sacrifice on the cross. Certainly, if we know of a sin area in our life that we haven’t confessed, we can do that, knowing God is faithful to forgive us (John 1:9).

However, a lot of times, we aren’t even aware of our sin and need God to help to see our situation clearly, or may be in a situation that is not even caused by our own choices. In any case, God is waiting to answer when we call. I love the story of Bartimaeus, a blind beggar, told in Mark 10:46-52. When he heard Jesus was passing by, he called out, “Jesus, Son of David, have mercy on me!” (Mark 10:47). Others rebuked him and told him to be quiet, but Jesus, upon hearing him, stopped and called the man to Him and restored his sight.

Jesus healed the man — and I marvel at that miracle in the story, but I also marvel that Jesus stopped for this man and paused on His way simply because the man called for Him. It is the same with us. As James 1:6 concludes, we will receive the answer we seek as long as we believe and do not doubt that God will indeed answer — because He promises to give wisdom to those who ask. Not because we somehow deserve it, but because He is gracious and longs to show us mercy.

Have you ever felt irritated by the idea of being joyful in the midst of trials? How can certain Scripture passages advocate that we actually be happy in our most difficult circumstances? This is the second episode in a brand new series on trials and the reason we can rejoice in the midst of hard circumstances. Check out Part 1: “A Reason to Rejoice in Our Trials” and Part 2: “Serving God in the Midst of Our Trials.”

Next week, we’ll conclude Season 2 of the podcast and we’ll take a break from new episodes over the summer. However, you can continue to look up past episodes and get caught up on those by stopping by the podcast archive.